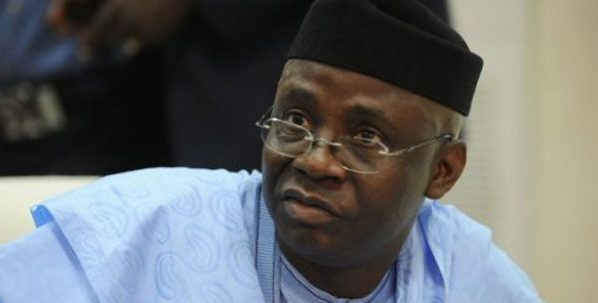 Ahead 2019 general elections, Senior Pastor of the Latter Rain Assembly, Pastor Tunde Bakare, has said that what Nigeria currently needs is restructuring and not election.

He said in his state of the nation broadcast on Sunday, that “What Nigeria needs now is not an election but a return to the drawing board. I call for restructuring and not for elections.‎”

Pastor Bakare, who further said that he was not happy over the terror attacks in worship centres‎, however added that from the look of things that “this year promises to be a fruitful one.‎”

On the prophesy of God assuring him that he will one day become the president of Nigeria, which was one of his12 prophecies he made on January 1, 2018, the cleric insisted that his declaration was not a presidential announcement but a call for prayers. ‎

READ ALSO: This democracy is not working for us, we must restructure —CAN president Ayokunle

He said, “It is my destiny to shepherd this country into its destiny. The declaration was not a presidential announcement but a call for prayers. Nowhere in my declaration did I say I was running for election. While waiting on God, God said‎. I am indeed running but not for elections but it is a race for destiny.”

On his presidential ambition, the cleric said, “The declaration was not a presidential campaign announcement; it was an invitation to prayers sent out to fellow labourers initiated in our corporate destiny as nation builders.

“To the uninitiated, that declaration was news, but to my partners in destiny, to whom indeed the request for prayers was extended, my journey and trajectory in the call to nation building is well known. It began on April 10, 1967 when, as a thirteen-year-old, I saw myself in a vision discussing the future of the nation with two Nigerian leaders, General Yakubu Gowon and Chief Obafemi Awolowo. That vision changed my life; it sustained me as a teenager and propelled me into student politics at the University of Lagos as I ran for the post of Student Union President; it took me into active politics as I stood on the platform with the elders the day the Unity Party of Nigeria (UPN) was launched in Lagos; that vision shaped my uncompromising non-conformist value system in legal practice, business, ministry, and politics. The subject of the twelfth prophecy is therefore not new.

“Nowhere in that declaration did I mention running for election. It is, however, not surprising that politicians and the politically-minded have interpreted it as such. Their narrow interpretation reminds me of Joshua’s description of the sound from the Israeli camp while Moses was away on the mountain with God.

“Whereas the Israelites were making merry, to Joshua, a man of war, every sound from the camp was a sound of war. In like manner, every time the word “run” is used in a statement, the politician thinks of elections, while a statesman thinks of the next generation. I am, by God’s grace, a nation builder propelled by the dream of a New Nigeria and hopefully will become a statesman someday.

“I am indeed running, but not for elections; it is a race of destiny and the destination is certain”.

On the administration of President Muhammadu Buhari, Bakare stated, “Some measure of progress has been made within the first thirty-one months of this administration. However, as was the case with previous administrations, the current government appears to be merely patching the cracks on the wall.

“This administration anchored its policy outlook on three main thrusts, including security, job creation through diversification, and anti-corruption, yet all around us are signs of retrogression”.

“…Furthermore, nothing indicts the current government greater than its failure in one key performance area that ought to be its strength: security. Despite recent setbacks, we acknowledge the gains in the war against Boko Haram, but highly disturbing is the mayhem being continually unleashed by herdsmen on communities in different states across the country, including Benue, Taraba, Plateau, Adamawa, Kaduna, Enugu, Edo and Ogun States, leaving trails of weeping and wailing.

“The recent killings in Benue State are akin to the last straw that is set to break the camel’s back”, his speech read inmpart.