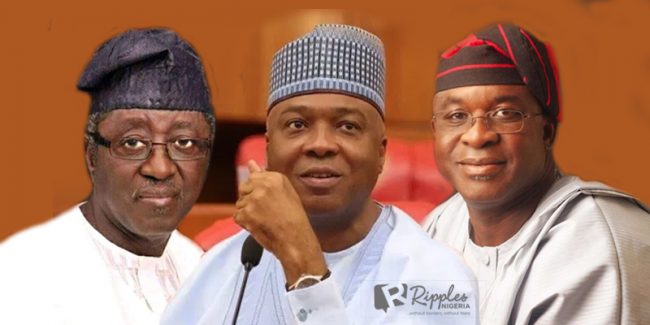 Leaders of the People’s Democratic Party (PDP) in the North-Central zone have resolved to present a consensus candidate for the forthcoming 2019 Presidential Elections.

They also said the time was ripe for the zone to produce the next President of Nigeria since it has competent, capable and experienced aspirants that can improve the fortune of the country and her people.

The resolution was reportedly taken at a meeting held Wednesday evening in Abuja, attended by party leaders from the region, which consisted of former governors, former and serving legislators, members of the business community and the academia.

However, the choice of who the consensus aspirant from the zone will be is yet to be decided.

The PDP leaders from the region also mandated the leaders to engage their counterparts in other geopolitical zones with a view to convincing them to support the consensus aspirants that will be produced by the North-central.

Speaking at the event, the zonal vice chairman of the North-Central, Mr. Theophilus Dakah Shan, agreed that it was true that the North Central serves as a cardinal point for where Nigeria will go.

“Although we are called a conglomerate of minority groups, we are a powerful conglomerate that believes in the unity and stability of Nigeria. We have seen how David Mark held the Senate together for eight years, in the same way that Dr. Bukola Saraki, has shown courage in stabilising the 8th Senate over the past three years.

In his closing remarks, former Governor of Niger State, Babangida Aliyu, said that the North Central region had to unite, because the insecurity in the country is felt most in the zone.

Among those who have expressed interest in the presidency from the region include, Bukola Saraki, Sen David Mark and Sen Jonah Jang.