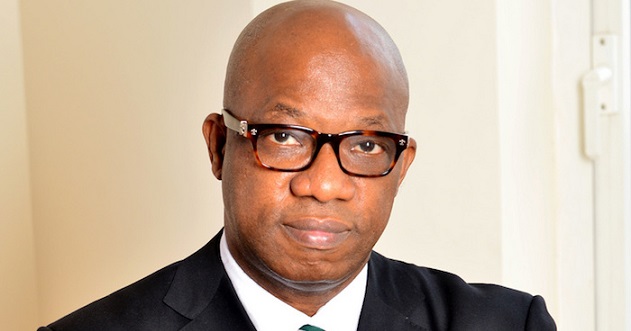 Another batch of councillors elected on the platform of the Ogun State All Progressives Congress (APC) have described the ratification of Prince Dapo Abiodun as the governorship candidate of the party in the state by the National Working Committee (NWC), as daylight robbery.

The condemnation is coming after Abiodun was backed by 276 councillors who declared that the position of the party’s NWC is final. The pro-Abiodun councillors also insisted that Governor Ibukunle Amosun should toe the party line and support Abiodun’s candidature.

However, rising from a meeting at the Oba’s Conference Hall, Oke Mosan, Abeokuta on Monday, the pro-Amosun councillors led by the House Leader of Remo North Local Government Area Legislative Council, Jide Opafola, demanded the pictorial evidence of the 276 councillors who reportedly declared support for Abiodun.

Opafola said: “We know ourselves. Let them provide pictorial evidence of the 276 councillors. Failure to do so means they are living in a fool’s paradise.”

Opafola, who said the councillors are loyal to Amosun’s candidate, Hon. Adekunle Akinlade, vowed that the councillors would not allow their mandate to be stolen “through the back door.”

Speaking also at the meeting, another councillor, Adedayo Babajuwon, who represents Ijebu-Mushin Ward II, Ijebu East Central LCDA, said: “The only visible and tenable” governorship primary held in the state was the one which produced Akinlade as candidate.

“Contrary to the rumours going on in some quarters, we were not coerced to do this. We were not paid and we are not under pressure to do this. But he who comes to equity must come with clean hands.

“I want to say unequivocally that all of us seated here are demanding that the mandate given to Akinlade should be returned to him or else hell will be let loose.

“I want to say on behalf of my colleagues that what the NWC has done is nothing but a daylight robbery and we are saying no until they return it.”

Buhari in Kaduna over killings

Buhari resumes blame game, says for 16yrs PDP did nothing on infrastructure