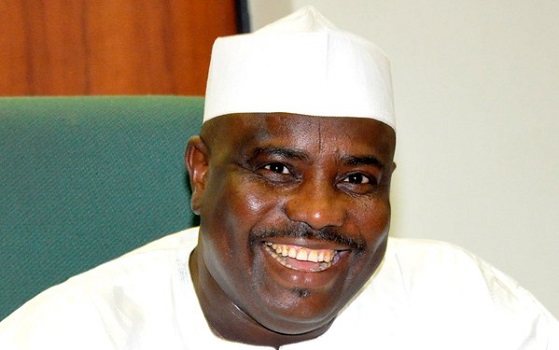 The presidential pendulum for the Peoples Democratic Party (PDP) in 2019, is still swinging. From earlier permutations for Atiku Abubakar, a former Vice president and perennial contestant, it now seems to be working in the direction of Sokoto state governor, Aminu Waziri Tambuwal.

It is however, difficult to see how he will agree to forgo a second governorship term, which he is certain of, to enter a race for the presidency which is uncertain for him.

Tambuwal, an erstwhile speaker of the House of Representatives, is said to be favoured by Governor Nyesom Wike and some strong elements in the south-south wing of the PDP, who are also said to be the brain behind the push for his candidature.

According to findings by Ripples Nigeria, those behind the push for Tambuwal have made very strong inroads into the All Progressives Congress (APC). They are also reaching out to groups and individuals across other political parties to form an alliance of forces to dislodge APC from the presidency in 2019.

A Contact and Mobilization committee of the group, led by a former governor of a south-south state, has been at the top of his assignment holding meetings and convincing interest groups on the need to adopt Tambuwal as candidate for 2019 on PDP’s platform.

An insider source informed that Tambuwal became the preferred choice because he is seen as a liberal with the capacity to drive support from diverse segments of the country.

He is also said to have the respect of governors from both the APC and PDP divide.
Some governors of the APC are also said to be considering joining forces with PDP to actualize the movement.

To this end, Ripples Nigeria understands that the governors, and other APC stalwarts, who are willing to jump ship, have reached out to the PDP and asked for a name change for the party.

Though leadership of the party is said not to be averse to a name change, it was however said that time would play a role in such venture.

According to our source, “the PDP people agreed to a change of name but they said there is not enough time to actualize that now as APC may capitalize on it to cause fresh problems for the party”.

It was gathered that already, Tambuwal has started reaching out quietly to segments of the country and seeking support for the mandate to swing his way.

Tambuwal’s interest may be an indication that the Sokoto caliphate may have turned its back on President Muhammadu Buhari and his APC.