Home » Graffiti » 2019 PRESIDENTIAL POLL: Is Atiku’s defeat a testament that power is transient? 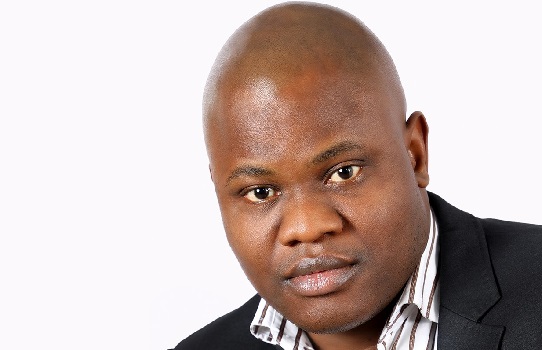 Atiku Abubakar, Nigeria’s onetime second citizen and candidate of the People’s Democratic Party (PDP), again failed to secure the first spot – on his fourth attempt. His first shot at the top job was on the platform of the Social Democratic Party in 1992. He came third in the presidential primaries, behind Babagana Kingibe and Moshood Abiola. Atiku, whose regular loss at the polls has earned him the title ‘veteran contestant’ and ‘serial loser’ was defeated by incumbent President Muhammadu Buhari of the All Progressives Congress (APC) in the 2019 presidential election. The loss dashed Atiku’s hopes of realizing his 27 year ambition.

Against the predictions of notables like Dele Momodu and prominent institutions such as Williams and Associates, and The Economist, the writer foretold Atiku’s defeat and it came to pass. Buhari garnered 15,191,847 votes, to conquer Atiku who scored 11,262,978 votes. Why did Atiku lose?

Atiku has not been arraigned or convicted by any court, but the weighty corruption allegations against him has destroyed his reputation and diminished peoples trust in him. The corruption burden largely made him lose the election, having contested against Buhari who is widely adjudged honest. Atiku’s vow to privatize the inefficient Nigerian National Petroleum Corporation (NNPC) was largely construed as a ploy to enrich cronies, like he allegedly did when he, as Vice President, supervised the privatization of national assets. Atiku’s outburst made the moguls profiting from NNPC’s ineptness work hard for Buhari’s reelection.

Atiku’s focal campaign promise of restructuring the country was widely interpreted as an anti-North agenda by his people. Although the policy amplified his popularity in the less voting populated regions in the South, it incredibly diminished his popularity in the major voting populated North. Atiku also failed to win the minds of voters during campaign. He underutilized the opportunity of using the rallies to draw people’s attention to Buhari’s shortcomings and how he would address them, if elected. Atiku’s campaign was not informative and revealing as expected from an opposition candidate. The PDP stalwarts preoccupied themselves with calumny, ideas bereft, non-issues based campaigns, exchanging insults with Buhari’s men.

Atiku is popular, but his popularity and acceptance is incomparable to that of Buhari. The PDP’s unimpressive performance in the North handed Buhari and APC an easy win. Atiku lost his polling unit and majority of the key northern states by a wide margin. One thing’s for certain, the election must have enlightened Atiku that the mammoth crowd at the rallies are not votaries; they are fun-seekers any candidate desirous of electoral victory must not rely on.

Power is a transient, temporary phenomenon. Atiku, a once very powerful time is now reduced. The ex-Vice President was sometimes ago the ‘commandant’ of the northern political elites. He called the shot. The power blocs sung his song and danced to his beat. He was so powerful to the extent that he almost dethroned his former boss, ex-President Olusegun Obasanjo. It is broadly whispered that Obasanjo allegedly kowtow before Atiku allowed the northern power blocs support their reelection as president and vice in 2003. Today, most of the power blocs under Atiku’s control then have switched allegiance to Buhari. They worked against Atiku, fervidly criticized him, and made him lose the 2019 presidential election.

Most of the notables that worked against Atiku were either discovered or groomed during the Obasanjo-Atiku presidency. Garba Shehu, the Senior Special Assistant, Media and Publicity to Buhari was Atiku’s former media adviser. He fed from Atiku’s purse for over a decade. Shehu was one of the trusted aides Atiku donated to Buhari’s team when the latter won the APC presidential ticket in 2015. Before then, Shehu’s vivaciousness to the emergence of an Atiku presidency had no equal. The reverse is the case now. The same voice Shehu praise Atiku with is the one he is using to demean him now.

During the presidential election campaign, Shehu severally and unapologetically disparaged Atiku in order to convince the Aso Rock cabal that he is not a mole. Shehu’s loyalty shift and pivotal role in the destruction of the Atiku project he once lived for is a lesson to everyone that: like life, human loyalty is temporal and everyone has a price.

Shehu is not the only one. The former Governor of Lagos State and national leader of the APC, Bola Tinubu was once in Atiku’s camp. Both have a time-honored relationship. The amity between them made Atiku work against the interest of his party, the PDP, in 2003, despite being the Vice President at the time. He softened pedals to ensure the political machineries that enthroned PDP in the Southwest states did not capture Lagos. Both men later teamed up to strategize on how to rule Nigeria in 2007. Tinubu allowed Atiku contest for President on the platform of the defunct Action Congress, a party he singly controlled.

The former Lagos Governor apparently backed Atiku with the hope that the latter would hand over power to him after his tenure, but he lost the election. Tinubu still has his eyes on the nation’s top job. His political enmity with Atiku rests on the calculation that the APC is his shortest and strongest link to being President.

Tinubu has a lot to learn from Atiku. The first of such lesson is: power is transient. The political godsons Tinubu has today may also turn against him tomorrow and hinder him from getting his most desired. The powers he has today, he will in due time have them no more. His boys would either switch allegiance or oust him. No man has reigned forever; Tinubu’s political dynasty would sooner or later be ruined by one of his disciples. The handwriting on the wall is clear, but has concealed meaning like that of Daniel 5:25. Only the gifted can see and understand it.

President Buhari’s Ministers of Labour and Agriculture, Chris Ngige and Audu Ogbeh, were once Atiku’s faithful. They teamed up to frustrate Obasanjo’s third term agenda. During difficult times, Atiku supported Ogbeh, particularly when Obasanjo allegedly forced him to resign as the PDP National Chairman. But in the just concluded election, Ogbeh worked against Atiku in favor of his principal, Buhari. The pioneer Chairman of the Economic and Financial Crimes Commission (EFCC), Nuhu Ribadu, is also one of Atiku’s erstwhile beneficiaries that worked against his win. Atiku championed Ribadu’s appointment as EFCC Chairman, a position that ushered him into limelight.

The former FCT Minister and incumbent governor of Kaduna State, Mallam Nasir El-Rufai, was once Atiku’s henchman. Atiku was instrumental to his appointment and political development. He secured him an appointment as the Director General of the Bureau of Public Enterprises and later a Minister. El-Rufai likes to prove his loyalty through show offs. He would, at the time, do anything for Atiku. He hurriedly kneels to greet him at every given opportunity. No one thought the day would come when El-Rufai would work against Atiku.

But lo and behold, Atiku lost El-Rufai’s loyalty when he needed it most. Things took a turn for the worse when Atiku’s vice presidential tenure ended and he lost his presidential bid in 2007. El-Rufai faithfulness would have provided Atiku the much needed succumb when he fell on hard times and was struggling for political survival. But El-rufai was nowhere to be found; he had made new contacts and moved on. He is today’s Atiku prominent critic. His unparalleled dedication to Buhari’s reelection made Atiku lose the presidential poll in Kaduna State.

Don’t be deceived by people’s flattery and worship; they may be the first to throw you stones when you fall on hard times. Once you lose that success, beauty, money, fame or power that is attracting people to you, almost everyone will desert and disappoint you when it matters most. They will quickly find a replacement or pally with whoever is occupying your position. They would forget about you before sunset! You would not only be forgotten, most of the people you fed and clothed will vilify you and dine with your enemy. Senate President Bukola Saraki would be the best person to speak on this in a few months. That aside, how many beneficiaries of Abiola’s kind heartedness are standing by his family now?

Take a quiet time and look inwards, the power you have may be that which is commanding people’s loyalty. Lose the power, go broke, or contract a deadly disease and you’ll see peoples natural behavior. If Atiku had won the APC ticket and emerged president in 2015, the likes of Shehu and El-Rufai would have remained in his team, screaming they love him more than God. Do these persons love Buhari or they just love his power? Where were they when Buhari was losing election serially? Would those shouting ‘sai baba’ now stand by him when the chips are down? One could only hope that Buhari is not only celebrating his victory, but preparing to take Nigeria to the next level, and not drowning in the praise singings of his supporters and handlers.

It must not be left unsaid that Atiku himself is unrighteous. His disloyalty made him fall out with his former boss, ex-President Olusegun Obasanjo. Buhari is his self-inflicted, well deserved nemesis. Atiku immensely sponsored the campaign of the Buhari he’s struggling to defeat now in 2015. His insatiable thirst for power made him play a lead role in pulling PDP down 2015, despite being one of her greatest beneficiaries. He should be grateful that the party was kind enough to offer him her presidential ticket, which many people thinks he doesn’t deserve. He is a serial defector that only stays with any party that is ready to offer him ticket. His desperation for power is dwindling his electoral value and he may never achieve his dream of becoming Nigeria’s President.

While going ahead to challenge his lose at the tribunal, someone should remind Atiku that the seeming politically motivated suspension of Chief Justice Walter Onnoghen is not for nothing. Buhari too should be reminded that power is transient. That he has it today doesn’t mean it’s his forever. He should be conscious of his place in history and treat others the way he would like to be treated when power change hands.