2019: Unlike Buhari who lied, I’ll sign an undertaking to serve only one term— Atiku

Home » Politics » 2019: Unlike Buhari who lied, I’ll sign an undertaking to serve only one term— Atiku 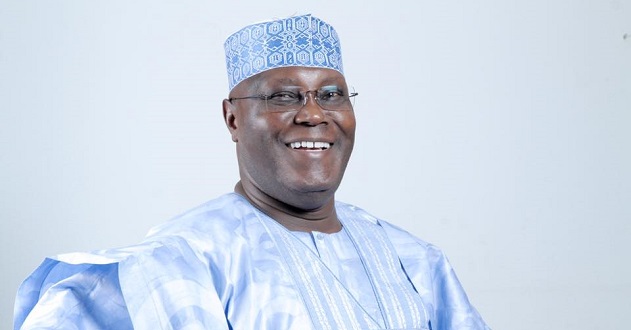 Former vice-president Atiku Abubakar says he will sign an undertaking to serve only 4 years if elected president.

Abubakar said this in an interview with THISDAY.

The former vice-president said he would not be like President Muhammadu Buhari who allegedly reneged on his promise to serve only one term.

“If I am elected as the president in 2019, I give an undertaking that I would only do one term,” he said.

“Having said that, let me remind Nigerians that Buhari also gave such an undertaking in 2011, but he is not living up to it today. My own case will be different. I am prepared to sign an undertaking to do only one term.

“I am not Muhammadu Buhari. I do not make promises I cannot keep. I am assuring Nigerians that I will keep this promise. I am making it out here in the open.

“I am willing to sign a written document. If you or any other Nigerian can come up with an iron-clad legal document that binds me, I am willing to publicly commit to it.”

Abubakar said hypocrisy has always been the stock in trade of the All Progressives Congress (APC).

“Hypocrisy has always been the APC’s stock in trade. They claimed that the PDP mismanaged Nigeria for 16 years, yet in just three years of APC being in power, Nigeria experienced a recession, which we never experienced under the PDP,” he said.

“Nigeria’s currency became the fourth worst performing currency in the world and in just three years, they have taken more loans than the PDP took in 16 years. They claim the PDP was corrupt, yet Nigeria made its best showing in Transparency International’s annual Corruption Perception Index under the PDP in 2014 when we moved eight places forward, from 144 to 136. Meanwhile, under the so-called anti-corruption government of the APC, we made our worst performance ever, moving 12 places backward, from 136 to 148.

“They claim that the PDP lost the war on terror and they declared victory. But look at where we are today? Terror has spread nationwide and the man who said the PDP was weak on terror says there is nothing he can do but pray! So when you talk about hypocrisy and the APC, you are referring to two evil twins that are so identical that one can pass for the other.”

The former vice-president said as a way to address the country’s insecurity issues, he would commercialise the special protection unit of the police.

“Do you know that Leah Sharibu’s father, Nathan, is a policeman? He is a member of the Nigerian Police Force’s Special Protection Unit. Just look at how we failed him and his family as a nation. At a time when he was protecting others, nobody was protecting his daughter’s school in Dapchi. How do you think he will feel?” he asked.

“My solution to the current insecurity in Nigeria is that I would commercialise the Special Protection Unit. Those 150,000 policemen will still guard VIPs and the private sector. But those VIPs and the private sector will have to pay for their services. From the money realised, we will recruit an additional 150,000 policemen and send them to security hot spots, thereby creating jobs by securing the nation.

“It is all about priorities. The other day we had an election in Ekiti state and this administration mobilised 30,000 policemen there. Then two weeks later, the government proudly announced that they were sending a 1,000-strong force to tackle the scourge of banditry in Zamfara state. Under an Atiku presidency, this will not happen. Securing the lives of Nigerians would have priority over securing votes for my party.”