Home » Politics » 2020 Budget: Buhari has done what his predecessors could not – BMO 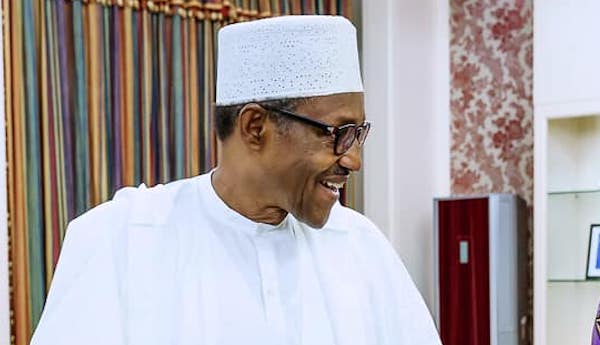 The Buhari Media Organisation (BMO) has praised President Muhammadu Buhari for the early presentation of the 2020 Budget proposal to the National Assembly, saying he has succeeded in doing what his three predecessors in office could not do.

According to the group, the presentation of the budget would go a long way in ensuring that the country finally began implementing its national budget from the first day of the fiscal year.

The pro-Buhari group said this in a statement by its Chairman, Niyi Akinsiju, and the Secretary, Cassidy Madueke, adding that the move was in line with Buhari administration’s goal of leaving the country better than it met it.

The statement said: “For far too long, Nigeria has had a budget cycle that runs contrary to what is obtainable in developed economies and other countries on a growth trajectory.

“He (Buhari) did not only dare to be different by sending the MTEF/FSP on time, but also in ensuring that the budgets of the country’s major government owned enterprises are captured in the national budget estimates.

“So, for the first time since the return of democracy, Nigeria is on the verge of having a budget cycle that not only aligns with the business cycle of many financial institutions and other large corporations, but will also provide a leeway for robust planning in the economy.”

The group further said that by announcing that emphasis would be on completion of ongoing projects rather than starting new ones, the President has demonstrated his readiness to depart from previous trends where annual budgets focused on new projects.

“Nigerians must have heard him also emphasising government leveraging private sector spending through tax credit schemes, as well as ensuring a reduction in items that are considered as VATable.

“These, among others, show that this is indeed a budget on the philosophy of sustainable and inclusive economic growth and shared prosperity”, the group said.

The BMO, while hailing the leadership of the National Assembly for the peaceful atmosphere that pervaded the legislative complex during the budget presentation, called on them to ensure the passage of the 2020 Appropriation Bill in good time to ensure that the Buhari administration’s goal of institutionalising the January to December budget cycle was realised