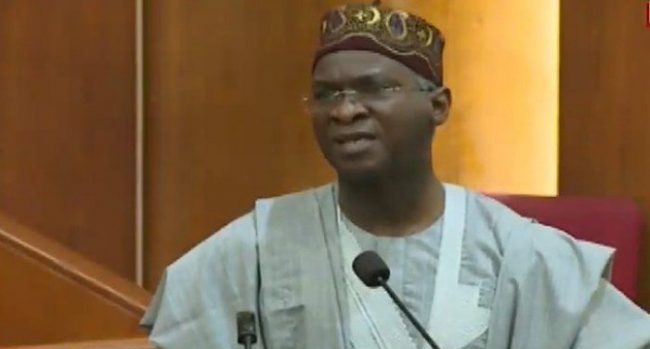 The Minister of State for Works and Housing, Abubakar Aliyu, was on Monday turned back by the Senate Committee on Sustainable Development Goals when he appeared before the committee for the ministry’s budget defence session.

The senators insisted on having his boss, Babatunde Raji Fashola to defend the ministry’s budget himself.

According to committee, Aliyu was not in a position to defend the ministry’s 2020 budget proposal.

The committee Chairman, Senator Aishat Dahiru, prevented the minister of state from presenting the budget before the panel on the ground that he was new to the ministry.

Dahiru said: “Most of the replies to the correspondence the committee exchanged with the ministry were personally signed by Fashola.

“The issues which the committee is seeking clarifications took place when Fashola was the Minister of Power, Works and Housing, hence he is the only one competent to shed light on them.

“The minister decided to travel after agreeing on the session with the committee only to send the minister of state to represent him.”

The committee unanimously resolved to reject Aliyu and adjourned to wait for Fashola at 2pm, who failed to show up.

Insisting that he was competent to defend the budget, Aliyu said: “Besides, I am here with senior government officials of the ministry, including the Permanent Secretary.

“I have been adequately briefed to respond to all aspects of the 2019 budget implementation in the ministry.”

He said Fashola was out of the country on other official engagements.