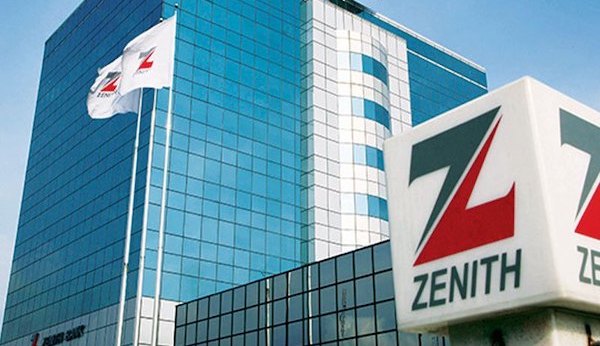 Zenith Bank has released its financials for the Full Year period of 2020, with the lender reporting revenue growth for the period which saw most deposit money banks (DMBs) shrink their operation to mostly digital transactions.

According to Zenith Bank’s financial statements released to the investing public, the company generated N696.45 billion as revenue in FY last year, surpassing N662.25 billion grossed in same period in 2019.

It was gathered that Zenith Bank Interest Income topped N420.81 billion between first quarter and fourth quarter of 2020, rising slightly above the N415.56 billion reported during the corresponding period of 2019.

COVID-19 pandemic and the lockdown measures adopted by the Nigerian government had forced many company to shutdown, while banks, rated as essential, was allowed to open, but not in full capacity.

While the lockdown measure reduced the number of employees on duty for banks during the long four months lockdown and number of branches opened, Zenith Bank’s Operating expenses still rose.

The rising cost of operation had little or no impact on Zenith Bank’s profit before tax, with the lender reporting N255.86 billion for its PBT in 2020, against the N243.29 billion PBT recorded during the corresponding period of 2019.

The company’s Profit After Tax also followed the same growth path despite reduction in operation capacity during the twelve months of 2020.