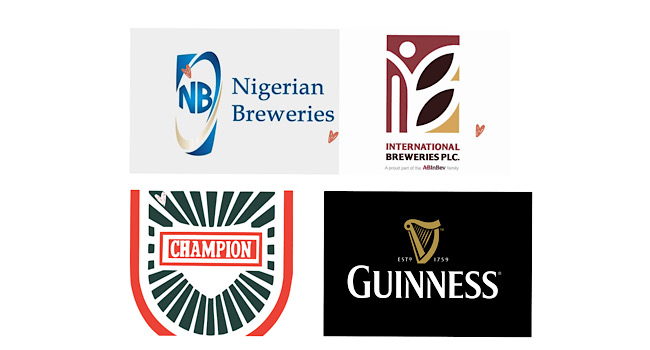 Nigeria’s alcoholic industry has been finding it difficult to operate in recent years, with alcohol companies struggling to maintain a slow growth, as the industry gets stuck between depleting revenue and profit, as well as rising expenses.

The brewery industry has been a victim of government’s policies, with President Muhammadu Buhari’s administration intensifying its drive to expand fiscal revenue and curb excess consumption of alcohol.

While alcoholic companies are struggling with the government’s increased excise duties on beer and Stout: N0.30 kobo per centiliter (Cl) in 2018 and N0.35 kobo per Cl each in 2019 and 2020, on one hand – which has forced them to increase product price – they are also battling to keep customers who don’t want to pay more for same quantity.

Falling purchasing power and high cost of living among alcohol consumers have made it difficult for Nigerian Breweries, International Breweries, Guinness and Champions Brew to sell their products to consumers, whose priority has labelled these products as non-essential.

This has led to Nigerian Breweries, International Breweries, Guinness and Champions Brew suffering reduction in consumption rate among their consumers – this was before COVID-19 threw them from fry pan to fire.

While the industry is still adapting to its new reality foisted upon it by Buharinomics (Buhari economic policy), COVID-19 came knocking, turning the industry on its head, and shutting down their Business-to-business (B2B) partnership.

The pandemic disconnected the breweries from their no-trade business or major road to consumer link, as government announced lockdown, resulting to the closure of no-trade such as bars, cafe, restaurant, hotels and other outlets. This was a direct blow to the industry’s revenue.

2020: How alcohol industry performed in numbers

The industry generated N361.35 billion in the nine months period ended September 30, 2020, a sluggish movement when compared to the N361.27 billion grossed as revenue during the same period in 2019.

The slow growth was not enough to cause for celebration, as the industry didn’t record profit growth in 2020 nine months, as it stood at N112,80 billion, failing to surpass the N124.74 billion recorded as profit in the corresponding period in 2019.

Lack of growth in the industry’s profit could be traced to the rising expenses, which took a jump in 2020 despite reduced personnel and operational time amongst the breweries – this shows the struggle of cost of operation experienced in the industry.

Breakdown of companies contribution to industry in 2020

While Guinness, the third largest shareholder and Champions Brew were able to secure revenue growth, but couldn’t prevent their profit was declining during the nine months period of 2020.

Nigerian Breweries: Findings by Ripples Nigeria showed Nigerian Breweries recorded loss in its revenue which dropped to N234,03 billion in nine months last year, against the N235,67 billion generated in the corresponding period in 2019.

Profit grossed by the second largest market shareholder also took a nosedive, with profit hitting N15,49 billion in 9months 2020, failing to surpass N20,14 billion profit recorded during the same period a year before.

Meanwhile, cost of sales took a significant jump between Q1 and Q3, landing at N80.27 billion, to rise above International Breweries’ expenses of 2019, which is N77.11 billion.

Guinness: The third largest shareholder cut the gap between it and its rivals, as Guinness was able to grow its revenue to N30.02 billion in 9months last year, climbing above the N26.89 billion generated during the same period in 2019.

Guinness couldn’t repeat the growth in gross profit for 2020 nine months following a record of N7.01 billion, which was way below the N7.94 billion it reported as profit in the corresponding period of 2019.

This is as expenses rose significantly during the nine months of last year to N23.01 billion, above the N18.95 billion the company reported as cost of sales in nine months of 2019.

Champions Brew: The story of Champions Brew is that of David battling against Goliath, as it managed to squeeze out revenue growth at a period rivals like Nigerian Breweries and International Breweries struggled to achieve it.

Champions Brew generated N1.51 billion in revenue between January to September 2020, surpassing the N1.43 billion the company grossed within the same period in 2019.

The growth, however, didn’t lift the companys profit, which according to Ripples Nigeria analysis was N355.53 million in 2020, lesser than the N480.20 million reported as profit in 2019 nine months period.

Champions Brew expenses surpassed the company’s profit in triple figure, as it hit N1.26 billion in 9months last year, surpassing the N959.12 million Champions Brew spent on operation in the corresponding period in 2019.

The declining profit and slow revenue growth is affecting the contribution of the brewery industry to Nigeria’s gross domestic product (GDP). According to the Nigerian Bureau of Statistics (NBS), the Food, Beverages and Tobacco sector, of which the brewery industry is, suffered a decline in 2020 when compared to 2019.

Data obtained from NBS disclosed that the Food, Beverages and Tobacco sector GDP quota dropped to 1.15 percent in 2020, against the 2.17 percent contributed to the Nigerian economy in 2019.

As the dwindling revenue affects the Nigerian economy, it also affects Nigerians, as sluggish growth or depleting profit will discourage the alcoholic companies from expanding their operation.

This decision will strangle employment opportunities in the industry and could lead to job losses across the industry, as companies will trigger their cost savings plan which usually lead to downsizing of workforce.

Naira records gain against the dollar