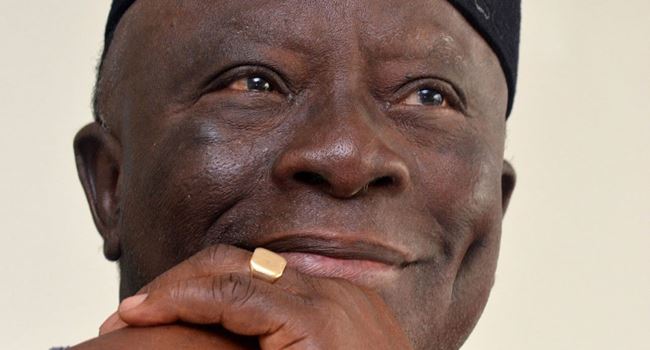 An elder statesman and one of the leaders of Afenifere, a Yoruba Socio-political group, Chief Ayo Adebanjo, on Friday said unity would only remain in Nigeria if the South east region of the country was allowed to produce the president in 2023.

The lawyer spoke on a programme, the morning show of Arise television.

He carpeted President Muhamadu Buhari who he said had not shown concern for the unity of Nigeria as a nation.

He also condemned the president over what he described as failure to metion issues relating to restructuring in his Independence Day speech to the nation.

His words; “You talk about unity, that is where you will know where the sincerity lies. If you are keen about unity, will there be a unit of the country that you will deprive presidency? What does that mean for unity?

“We are talking about people who want Nigeria to stay together. How can anybody who loves this country talk of the presidency coming to the South-west in 2023.

“That’s why I tell you all these people are not serious, including Buhari. Why should you exclude the South-east? Is South-east not part of Nigeria?

“South-west has had, South-south has had, the North has had, why exclude the South-east if you want them to be there? That is the point I was making earlier on.”