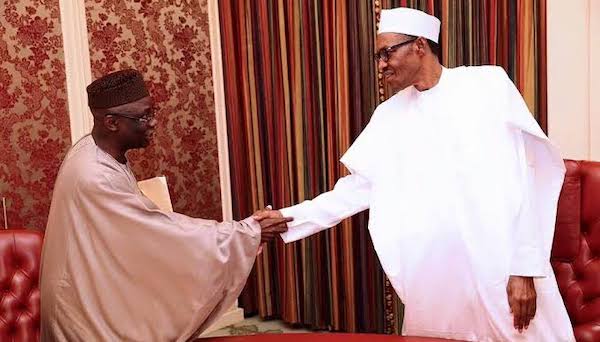 The agenda of the meeting was not made public and Pastor Bakare refused to speak with State House correspondents who gathered around him for questioning on his mission to the seat of power immediately he stepped out of the meeting.

He stepped into his car and out of the premises immediately.

Pastor Bakare was the President’s running mate in the 2011 election.

Recently, a video of him surfaced in which he said he would succeed President Buhari.