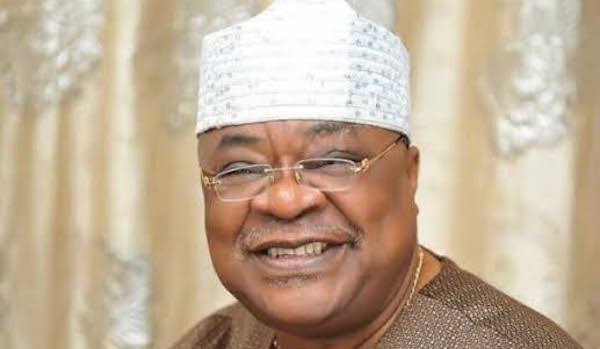 A former Governor of Oyo State, Chief Adebayo Alao-Akala, said on Monday has no preferred aspirant among those vying for the All Progressives Congress (APC) governorship ticket in the state in 2023.

The ex-governor made the clarification in a statement issued by his Media Assistant, Tolu Mustapha, in Ibadan.

Alao-Akala is the Chairman of APC Elders’ Advisory Council in the state.

He had been accused of sponsoring a preferred aspirant for the governorship seat in 2023 in a publication titled: “Who gets Oyo APC ticket in 2023.”

The publication also alleged that the ex-governor had positioned his son as the running mate to a preferred aspirant in the state.

Alao-Akala described the publication as “conjecture of lies and misinformation,” and urged members of the public to disregard it.

He said: “The said write up, which has since gone viral, after careful analysis of the intention of the said author, is a conjecture of lies, deceit, mischief, misinformation and a shoddy job.”

The ex-governor described himself as a father to all the aspirants, saying he has no bias or personal interest in any of them.

Alao-Akala added: “The interest and choice of the unwavering party members is what I will stand by come rain, come shine.”

He advised governorship aspirants in the state to desist from actions that could undermine the unity of APC.

Related Topics:2023 electionAlao-AkalaOyo
Up Next