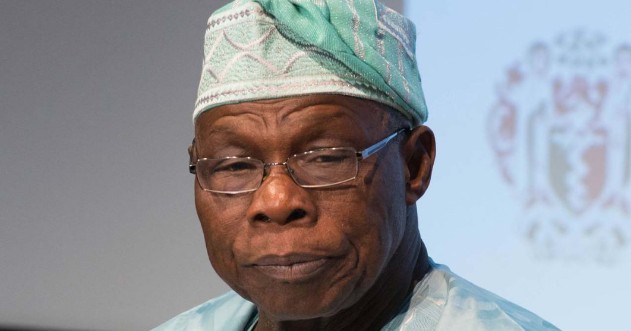 Former president Olusegun Obasanjo Saturday asked the Igbo to not take seriously the promise of 2023 igbo presidency by the All Progressives Congress (APC) ahead of the 2019 general elections.

Obasanjo who spoke at a stakeholders’ meeting at Ukpor, Nnewi South Local Government Area of Anambra State, said it is “dangerous” to take the APC’s offer seriously, advising instead that the Atiku/Obi ticket should be supported.

He urged the Igbo to take their destiny in their hands by getting united behind the Atiku/Obi ticket in the 2019 presidential election.

He said, “I urged you the Igbo not to allow anybody to relegate you to the background because you occupy a place of preeminence in this country.

“The Igbo must bury their differences and work together for the actualisation of the Atiku/Obi project in their best interest.

Read also: ‘PDP will never come back to this country’– Tinubu

Describing Peter Obi as a beacon of hope, Obasanjo asked him to reach out to major stakeholders in the south East to drum support for the 2019 PDP presidential project.

“You and your presidential candidate have become the beacon of hope to all Nigerians who have had it so rough in the last four years.

“You need to think out of the box to take this country out of the woods caused by incumbent clueless administrators.

“With your pedigree as a governor, I’m hopeful that things will work again in Nigeria under your leadership as vice president.

In his welcome address, first republic aviation minister, Chief Mbazuluke Amaechi, described Peter Obi as a good man, adding that the Atiku/Obi ticket was needed at a time like this.