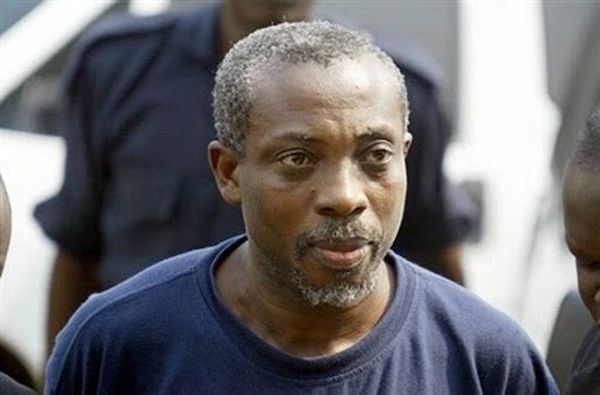 Self-styled disciple of the leader of proscribed Indigenous People of Biafra (IPOB), Nnamdi Kanu, Simon Ekpa, has threatened the founder of the Movement for the Actualisation of a Sovereign State of Biafra (MASSOB), Ralph Uwazuruike, over his support for the presidential aspiration of Kogi State Governor, Yahaya Bello.

Ripples Nigeria had reported how Uwazuruike had, on Saturday, led some youths from the South-East on a solidarity march in Owerri, Imo State, in support of Bello’s 2023 presidential bid, and also urged the ruling All Progressives Congress (APC), to throw open its ticket for all the regions to test their strength.

At the rally, Uwazuruike declared that he does not believe in the Igbo Presidency in 2023 and instead declared support for Bello.

“I don’t believe in the idea of zoning system or Igbo president because zoning means sectionalism.

“This is a crucial time in the history of the country. We must give youths a chance, especially one that has demonstrated uncommon capacity, in the person of Yahaya Bello,” Uwazuruike had said.

However, Ekpa who is also a factional leader of a breakaway IPOB group known as IPOB Auto-Pilot, in a tweet on Monday, said Uwazuruike should not be allowed to walk around freely for abandoning the call for an Igbo Presidency in 2023 and rather supporting Bello.

Ekpa also accused Uwazuruike of orchestrating the killings of Igbo youths whom he led out on several protests only to be killed by security agents under his watch.

“Uwazuruike, after killing Biafra youth through agitation for Biafra is now supporting a Kogi State Governor for Nigeria president, abandoning all the so called Igbo leaders that are coming out.

“With this action of Uwazuruike, he is not supposed to walk freely in Biafra soil,” Ekpa wrote.

I left over N40bn in Imo coffers without any debt —Okorocha