Home » Politics » 2023: My successor could be a woman, Kaduna gov, El Rufai says 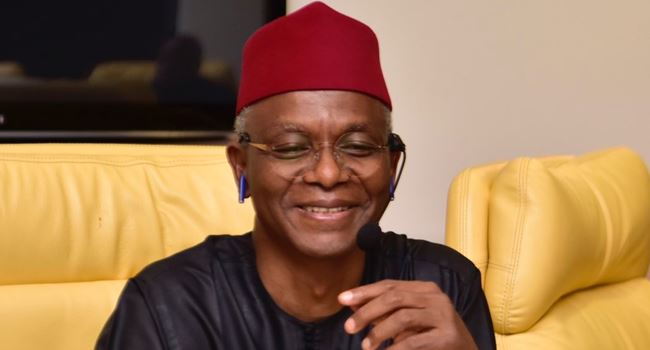 The Governor of Kaduna State, Mallam Nasir El-Rufai has informed that his successor in the 2023 governorship election could be a woman.

El-Rufai who made the declaration in a media chat aired on major private radio stations across Kaduna State on Saturday, said that 10 people had already indicated interest in succeeding him as the next governor of the state.

The governor said while some people are busy thinking that his successor would be a male, he may decide to pick a female just as he did when he selected his deputy Hadiza Balarabe.

“The governor’s reaction came amidst rumours on social media about his decision to anoint one of his aides as a successor. “I heard a lot of things where people say I have already anointed a successor. I didn’t have anybody ‎in mind that I want to replace me,” El Rufai said.

Governor El Rufai who was speaking during a phone-in programme on Friday night noted that only God gives power to whomever he pleases.

According to him, “even though everyone has the right to aspire for as long as he meets the constitutional requirements but it is too early to start aspiring for the plum office.

“We were given the mandate to administer the state for the next four years and we have not spent even one year and people have started coming out to aspire. To me, this is not only a distraction but a disservice to the people who voted us.”