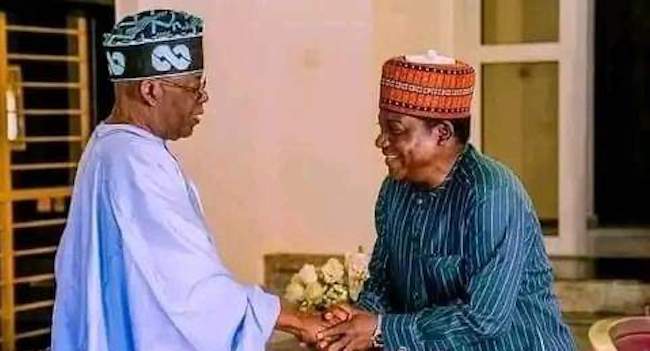 A Christian group in the North, the Northern Christian Network (NCN) has thrown its weight behind the choice of Plateau State Governor, Simon Lalong, as the Director-General of the All Progressive Congress (APC) presidential campaign council.

A coalition of Christian groups from the North-Central had on Tuesday slammed Lalong for accepting to serve as head of the ruling party’s presidential campaign council.

But the governor had dismissed any thought of resignation from the role.

The convener of the group, Mshelia Lazarus, who addressed journalists at a press conference on Wednesday in Abuja, said despite differences and opposing views, Lalong remains the perfect fit for the position.

He said the choice of the governor would to put to rest the controversies generated by the APC decision to settle for a Muslim-Muslim ticket in next year’s election.

Lazarus said: “Lalong is a quintessential and grassroots politician who will be able to galvanize his influence in delivering victory for Asiwaju Bola Tinubu.

“The choice of Lalong who is an influential Northern politician and a devoted but detrabalised Christian from the ruling party, will no doubt, kindle hope among the Christian community in the country.

“Lalong, who is the Chairman of the Northern Governors’ Forum was able to galvanize and rally all his colleagues from the North to insist on power shift to the South.

“He was instrumental in seeing that the cabals who were bent on foisting a Northern candidate on the party as flag bearer did not succeed, thus, paving the way for the seamless emergence of Tinubu at the convention in Abuja.

“The last minute intervention of the Lalong-led NGF changed the equation in favour of Asiwaju Bola Tinubu.”