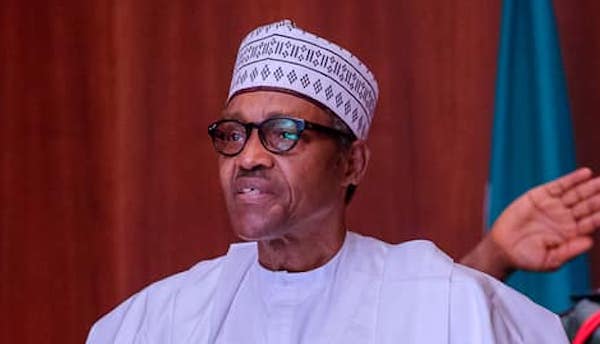 A coalition of groups from the 19 northern states and Abuja, on Wednesday threw their support behind the South South geopolitical zone to produce Nigeria’s next president come 2023.

Agitations for where the next Nigerian president will come from have been rife, with the Northern Elders Forum insisting that the presidency should remain in the North contrary popular belief that it was the turn of the Southern part of the country to occupy the presidency.

The youth groups coalition under the auspices of the Arewa Youth Assembly, however urged their kinsmen to be magnanimous enough and give the southern part of the country, especially the South-South geopolitical zone, the chance to produce the Presidency in 2023.

They also said they were ready to support a youthful president within the age bracket of between 40 and 50 years, adding that it was time to say no continuous recycling of old politicians.

Mohammed Danlami, the leader of the coalition, while addressing a press conference held at the Arewa House, Kaduna, insisted that it would be unfair for the North not to relinquish political power to the South in 2023.

According to him, the position of the youths might be hard at the moment as northerners, but it was aimed at moving the nation forward.

Danlami said: “Arewa Youth Assembly has noticed a series of misleading comments being orchestrated by some political buccaneers over leadership factor that North should retain the national leadership come 2023.

“It is grossly unfair, malicious and wicked for all those fuelling or promoting this project. We say No!

“The North has occupied the leadership position of the country since independence, more than any other region.

“It is time for the South-South youths to produce the next president in 2023 to complete their eight years of leadership.

“We seek to redefine the role and leadership development process of the country.

“We are charting a new path to national rebirth to put an end to the issues of recycling old politician for leadership.

“Nigerian is a nation standing half in the light of progress and promise, and half in darkness of injustice.

“We live in a period of grave uncertainty. As things now stand, we have no idea where the nation would be heading to if the North retains power in 2023.

“The greatest challenge facing Nigeria today is that of leadership. Nigeria needs a leader that the people can identify with and who can inspire them to greater heights.

“We are calling for power shift to the South-South. We need leaders with vision and passion because sound and visionary political leadership is vital for Nigerian peaceful co-existence.

“With this timely intervention ahead of 2023, we are championing the course of youths within the age bracket of 40 to 50 years to lead Nigeria to the Promised Land.

“A vibrant youth who is detribalised; a youth who has vision enough to foresee the needs of the people and compassionate enough to match these needs with actions.”