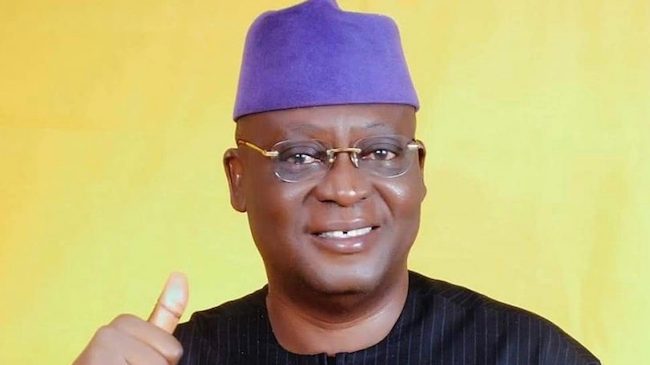 The Chairman of the South-West Agenda 2023, Adedayo Adeyeye, said on Friday the All Progressives Congress (APC) National Leader, Bola Tinubu, already has 12 million votes in the bag ahead of the 2023 presidential election.

The political support group for the APC chieftain’s 2023 presidential bid was launched by the Lagos State Governor, Babajide Sanwo-Olu and other party chieftains on Thursday.

Tinubu is one of several politicians eyeing the ruling party’s ticket for the 2023 election.

Although the former governor has not publicly confirmed his intention to vie for the country’s highest political office in two years’ time, his supporters and close associates came up with the SWAGA’23 to sell its candidacy to Nigerians.

Adeyeye, who is an APC chieftain, said: “When this movement started, we wanted our candidate who some people, particularly in Abuja and some circles, have been saying have no home base; he is no longer popular and all that. We wanted to prove to them that the man is very acceptable, not only in his home base but throughout the country.

“We want everybody in the South-West to rally around this man and support him and so far we have been very successful.

“We have moved round the palaces to see most of our top traditional rulers who have endorsed him.

“Charity begins at home; we wanted to solidify the home base. Once the home base is solidified, I believe other Nigerians, particular in our party, will feel more comfortable to field this candidate, knowing that he can win the election for them.

“Don’t forget that one of the selling points for President Muhammadu Buhari in 2015 was that he already had 12 million votes in his pocket (in previous elections) particularly in the North-West and North-East. So, it was easy with support from a few other places for him to win the presidency.

“We are also saying that come 2023, the man we are projecting already has at least 12 to 13 million votes in his pocket and so it will be easy.

“I am giving it (figure) based on what I have seen on ground having to transverse the length and breadth of the South-West and having seen people from political parties saying that when it comes to the issue of Asiwaju Bola Ahmed Tinubu, they will shed their partisan toga and embrace him and vote for him. I have seen that in the palaces of the Obas, amongst artisans and market women.

“When it comes to the issue of the Presidency in 2023, all of these people in unison, they will shed every difference and vote for this man.

“The votes in the South-West is more than 20 million votes. I am only saying 12 to 13 million votes is already assured and I say it with all sense of responsibility without fear of contradiction that those 12 to 13 votes are already in the bag.”

Tinubu returns to Nigeria after three-month stay in London