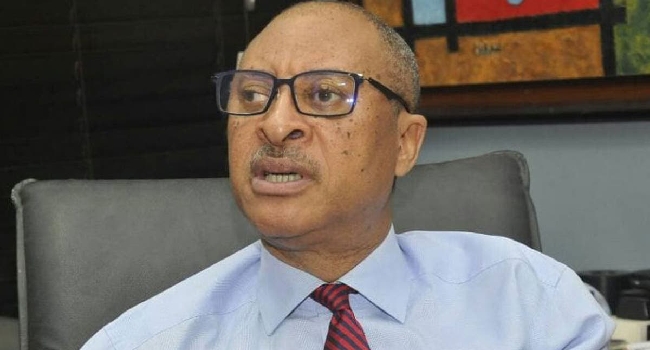 Renowned political economist, Prof. Pat Utomi has weighed into the debate about the consequences of the removal of fuel subsidies ahead of the 2023 elections.

Utomi made his stance known on Friday, during an interview on Channels TV “Sunrise Daily.”

This came in the wake of the pledge made by the presidential candidate of the Labour Party, Peter Obi, to remove fuel subsidies in order to free up revenues for other critical projects.

Obi, during a town hall meeting organised by Channels Television on Sunday, described the Nigerian government’s subsidy regime as “an organised crime.”

For many years, the Nigerian government has set retail pricing for petroleum products and subsidized fuel.

The federal government declared its intention to do away with the fuel subsidy and replace it with a monthly N5,000 transportation payment for low-income Nigerians in November 2021. The Nigeria Labour Congress (NLC) and Trade Union Congress (TUC) threatened to launch large-scale protests, which led the government to ultimately suspend the plan.

In his statement, Obi said: “I can assure you, it (subsidy) will go immediately. The subsidy, I have said before, is an organised crime and I will not allow it to stay a day longer.

READ ALSO:Utomi decries suspension of voter’s registration, harps on security ahead of 2023 elections

“What they are telling you is not what it is. Half of what is being mentioned is not subsidy. First is that we consume the quantity that is not supposed to be consumed here.”

Reiterating Obi’s sentiments, Utomi, who is also a member of the Labour Party, stated that the subsidy regime in Nigeria was designed to create abusers at the detriment of the citizens.

He also advocated the institution of a centralized and organized market in order to curb impunity by stakeholders within the oil sector.

Utomi said, “Nothing happens in vaccum. The countries that have subsidies devise certain goals and one cannot have subsidy for the sake of it lest it created abusers.

“I once told a fuel marketer friend that the business is fraudulent and they take advantage of the fact that it is an essential commodity. It is a fraud and we need to come to some understanding in order to redress the issues regarding processing and distribution. It has been an organized crime for a long time.

“We don’t have an organized market which is why the stakeholders act with impunity. When you push markets out, you push people out.”