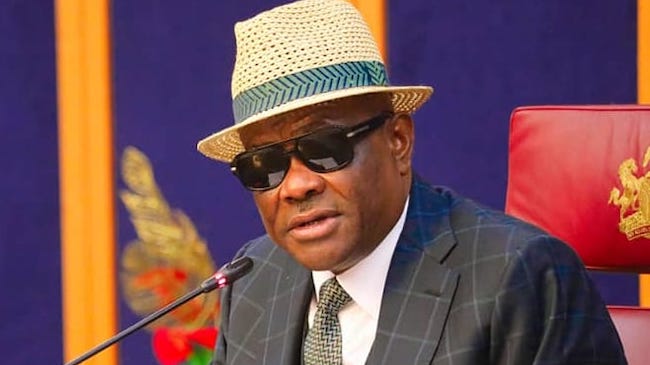 Obasanjo had on New Year Day declared his support for the Labour Party presidential candidate, Peter Obi, ahead of the election.

Wike, who spoke on the development during the commissioning of a road project in the state on Monday, lamented the ex-president’s decision to snub his deputy for the former Anambra State governor.

He said: “I worked with somebody for eight years and we are using it as a campaign that when we were in office we did well. Then my boss is recommending another person, not me? Something is fundamentally wrong.

“Go and hold your boss who recommended another person other than you.

“I was praying that Obasanjo should not say anything. When I saw the letter last night, I was touched. If your principal cannot recommend you, then there is something fundamentally wrong.”

However, in a surprising U-turn on Tuesday, the governor said his comments were borne out of concern for Atiku.

Wike, who spoke when he flagged off a new road project in Obio Akpor local government area of the state, insisted that nobody would drive him out of the party he helped to build.
He said: “I meant nothing bad. I’m only worried as a prominent PDP member. A man who loves PDP should be worried.

“I was not even mocking anybody. I was merely worried. My prayer was, let Obasanjo remain quiet and not say anything; that was my prayer but my prayer didn’t work.

“That was why I said something is fundamentally wrong and instead of asking what do you think is wrong, they are abusing me.”