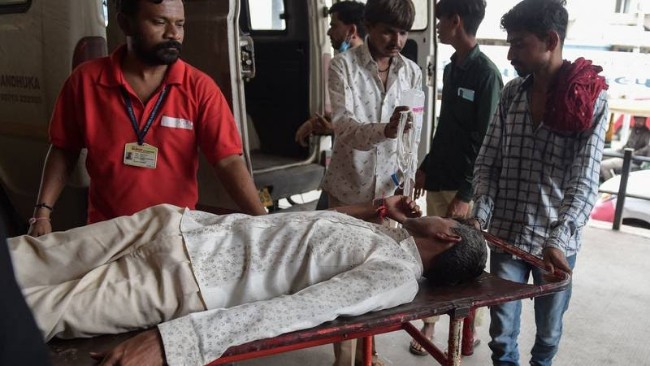 At least 21 people have been confirmed dead and 30 others hospitalised after drinking contaminated alcohol in the Indian state of Gujarat.

The Director-General of Police in the state, Ashish Bhatia, said in a statement on Tuesday the incident occurred on Monday morning when the victims, all residents of Rojid village in Barwala and Botad towns in the state, were rushed to government-run hospitals after they started feeling unwell.

He said: “Two died in the morning and another five lost their lives while undergoing treatment during the day. Three more died during treatment late on Monday night.

“About 30 people are still undergoing treatment at various government hospitals in Bhavnagar, Botad, Barvala and Dhandhuka, and some are said to be critical.”

One of the victims, Himmat Bhai, who miraculously recovered from the poison, told journalists that he fell ill after purchasing the liquor from a local shop on Sunday night.

Bhatia said the police had formed an investigative team with the anti-terrorism squad to look into the matter and so far, three people including the manager of the shop where the liquor was bought had been arrested.