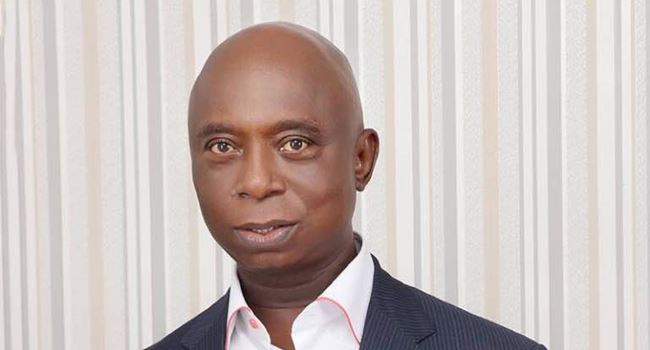 The long arm of the law has eventually caught up with a 21-year-old identified as Emmanuel O. Israel for claiming to be the step son of politician and billionaire businessman Ned Nwoko.

The suspect who was operating with the fake name, Emzy Ned Nwoko Jnr on social media was arrested after constantly posting on Instagram claiming to be the estranged son of Ned Nwoko.

Israel was reportedly arrested in Mbiama, Portharcourt, Rivers State and before his arrest his last post read that he doesn’t want to be associated with his ‘father’ anymore because of his actress wife, Regina Daniels.

According to a police source, Israel who sends messages on Facebook, Twitter, WhatsApp and emails to hoodwink the public and defraud unsuspecting Nigerians was arrested alongside his sister, Love Israel.

The police say Israel had severally met with unsuspecting members of the public and extorted money from them after promising them he would help secure financial deals and favours.

The police say he will soon be arraigned on charges of criminal impersonation, conspiracy, defamation of character and conduct likely to threaten public peace.