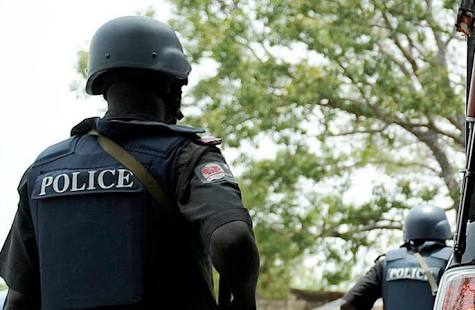 The long arm of the law has caught up with a 21-year-old robbery gang leader identified as Abimbola Musa aka Don and his band of thieves.

The suspect who was arrested with his other gang members identified as Adewale Fagunmoju, 21, Abiodun Fadipe, 29, Kareem Ibrahim, 29, Taofeek Otaobayomi, 21, Akinleye Usman, 21, Lateef Sulaiman, 40 and Mohammed Bello were nabbed by men of the Oyo State Police Command.

In his confessional statement, Musa said he killed his last victim identified as Michael Agbaje because he struggled with his gang members when they broke into his home at night.

Reacting to the arrest, the state Commissioner of Police, Abiodun Odude said Musa and his gang of robbers are deadly and they operate in Lagos, Oyo, Osun and Ogun states.

The CP added that seven cars and firearms were recovered from the bandits who had killed at least three of their victims.

Odude said; “For some time now, a very deadly notorious armed robbery gang had been operating in the state, killing and maiming their victims, including a security guard.

“The criminals were arrested by the command’s Special Anti-Robbery Squad that recovered weapons and stolen vehicles from them.”