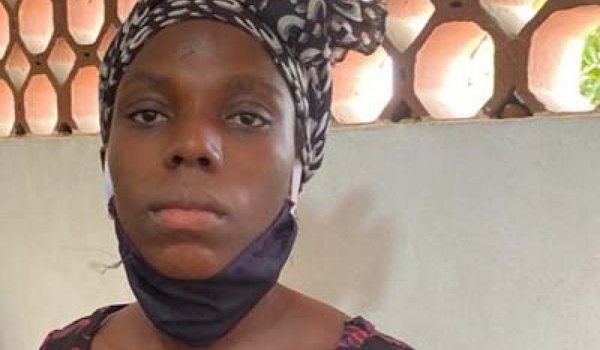 Police in Lagos Wednesday arraigned a 22-year-old woman, Oluwafunmilola Adisa, at the Igbosere Magistrate Court for allegedly drowning her one-and-a-half-year-old daughter in a bucket of water.

The woman had earlier this month killed the child, claiming that she prevented her from pursuing a law degree in the university.

Magistrate K.O. Doja-Ojo, who did not take Adisa’s plea, ordered that the woman be remanded at the Lagos State University Teaching Hospital (LASUTH) psychiatric department for evaluation.

She adjourned the case till June 26 for the outcome of the psychiatric evaluation.

READ ALSO: ‘She stopped me from becoming a lawyer’, frustrated woman drowns baby in Lagos

Earlier, the prosecutor, DSP Yetunde Cardoso, told the court that the woman committed the offence on May 11 at Plot 222, 21/211 Road, Gowon Estate, Lagos.

Cardoso alleged that the suspect killed her child by drowning her inside a bucket of water.

According to the prosecutor, the offence contravened the provisions of Section 223 of the Criminal Law of Lagos State, 2015, and punishable under same.

The Director, Office of the Public Defender, Lagos State, Dr. Babajide Martins, urged the court to remand his client in a hospital for psychiatric evaluation.