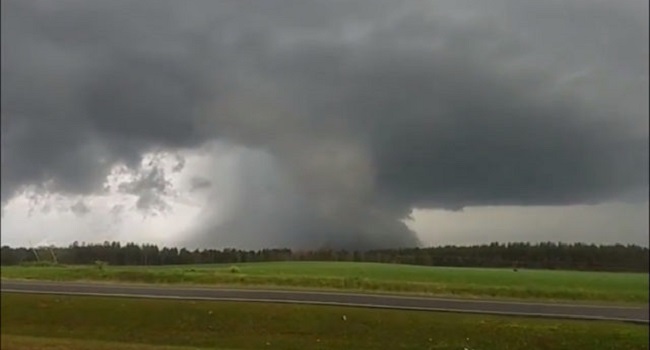 At least twenty-three (23) people were reportedly killed on Sunday following a catastrophic string of tornadoes which touched down in Alabama.

According to Lee county sheriff Jay Jones, at least 12 of the recorded deaths occurred in an area about 5 to 6 miles south of the city of Opelika. He added that “numbers may rise yet again.”

CNN Meteorologist, Gene Norman revealed that two tornadoes hit Lee County back-to-back within the span of an hour, while at least a dozen tornadoes ripped through Alabama and Georgia on Sunday afternoon.

After the lethal Tuscaloosa-Birmingham tornado that killed more than 200 people in 2011, the 23 deaths ushered what would be fatal day for tornadoes in the state.

President Donald Trump tweeted “to the great people of Alabama and surrounding areas: Please be careful and safe.” He also said “to the families of the victims, and to the injured. God bless you all!”

The emergency management director for Talbot County, Leigh Ann Erenheim also disclosed that at least 15 structures were destroyed including multiple homes and an apartment building.

Husband of UK ISIL bride Shamima Begum wants wife, son to live with him in Holland