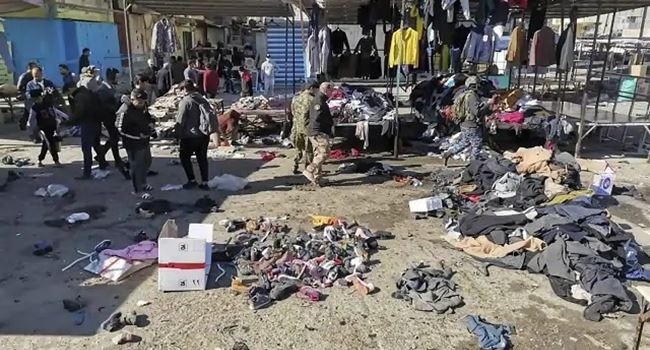 At least 28 people were feared dead and 73 others injured as a twin suicide blast ripped through a crowded market in Bagdad, Iraq’s capital in Thursday.

However, no group has claimed responsibility for the attack.

Iraq’s Health Ministry announced all of its hospitals in the capital were mobilized to treat the wounded.

Related Topics:BagdadIraqsuicide blast
Up Next