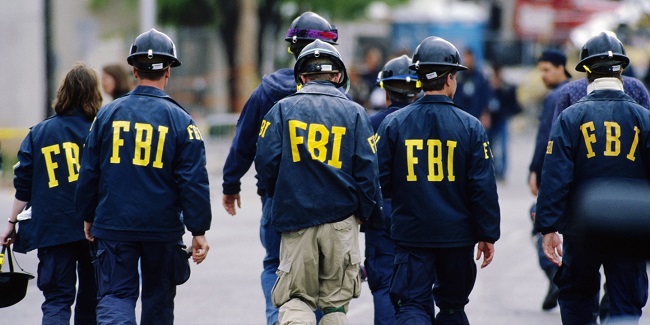 The United States’ Federal Bureau of Investigation (FBI), Monday said it had arrested 74 ‘email scammers’, 29 of them Nigerians, in a global operation.

The bureau also said the criminal scheme, which was used by the suspects, originated from Nigeria.

The FBI said 42 suspects were nabbed in the U.S., 29 in Nigeria, and three others in Canada, Mauritius, and Poland.

Some of those arrested were working as part of a larger network of criminal organisations, while others acted alone, the bureau said.

In a statement published on the agency’s website, it said, the operation was a coordinated effort by the federal authorities including the Department of Justice and the FBI aimed at intercepting illegal wire transfers from businesses and individuals across the globe.

”In addition to the arrests, it resulted in the seizure of nearly $2.4 million, and the recovery of approximately $14 million in fraudulent wire transfers,” the bureau said.

The coordinated law enforcement effort was ”to disrupt international business e-mail compromise (BEC) schemes that are designed to intercept and hijack wire transfers from businesses and individuals”, the agency added.

Part of the statement read:

“BEC, also known as cyber-enabled financial fraud, is a sophisticated scam that often targets employees with access to company finances and trick them using a variety of methods like social engineering and computer intrusions into making wire transfers to bank accounts thought to belong to trusted partners but instead belong to accounts controlled by the criminals themselves.

“And these same criminal organisations that perpetrate BEC schemes also exploit individual victims often real estate purchasers, the elderly, and others by convincing them to make wire transfers to bank accounts controlled by the criminals. Foreign citizens perpetrate many of these schemes, which originated in Nigeria but have spread throughout the world.