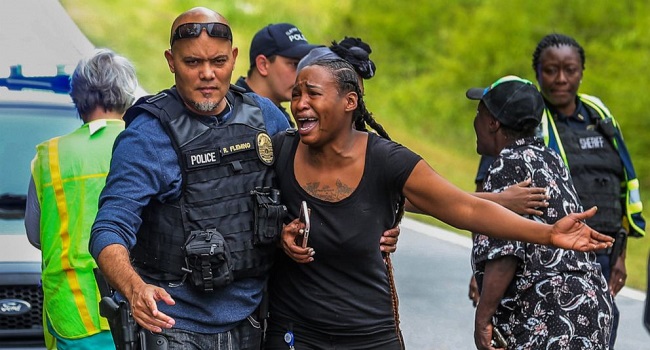 Three people have been reported dead, including an alleged hostage taker, after a day-long standoff in Georgia.

A pregnant woman and her teenage son were killed while two police officers were also injured in the incident, authorities said.

According to sources, the standoff, which began just before 11 a.m. in Henry County, a southeast suburb of Atlanta, lasted for 15 hours before police entered the home and found three people dead inside.

Read also: FBI says man who claimed he escaped abductors after 7yrs is not who he claims

The two police officers were shot when they responded to the home Thursday morning. Both are in stable condition at Grady Memorial Hospital. One officer was shot in the hand and another was struck in the hip, police said.

Georgia Attorney General Chris Carr thanked police officers for their service, saying on Twitter, “Our thoughts and prayers are with the Henry County Police officers who were shot today while putting their lives on the line to keep our communities safe.”

Ex-chairman Ghosn kicked out as director from Nissan’s board