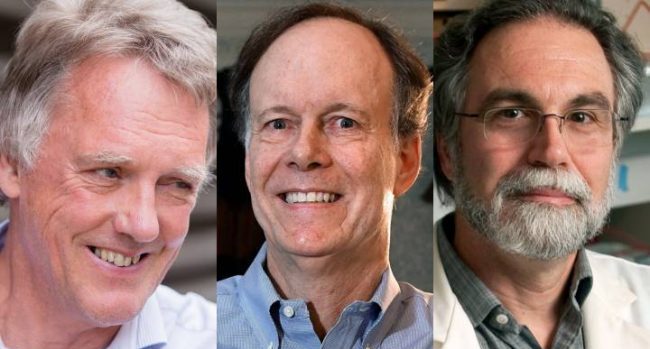 Three scientists have been awarded the Nobel Prize in Physiology or Medicine for their work on how cells sense and adapt to oxygen availability.

The Nobel Assembly announced that the prize had been jointly handed to the trio of William G. Kaelin Jr., Peter J. Ratcliffe and Gregg L. Semenza at the Karolinska Institute in Stockholm on Monday.

The work of the three men “identified the molecular machinery that regulates the activity of genes in response to varying levels of oxygen,” according to the Nobel Assembly, which described it as a major addition to the scientific understanding of the importance of oxygen to animals.

While the role of oxygen in the process of converting food into useful energy has long been understood, the assembly said, the way that cells adapt to changing oxygen levels remained unknown.

The men discovered how cells can sense and adapt to the changes in oxygen availability and identified the components that regulate how genes respond to oxygen levels.

Reports say the discoveries, some of which date back to the mid 1990s — have proved fundamentally important for physiology and shed light on the previously unknown mechanics of how cells respond to changes in their environment.

Experts also say the work has paved the way for promising new strategies to fight anemia, cancer and many other diseases.