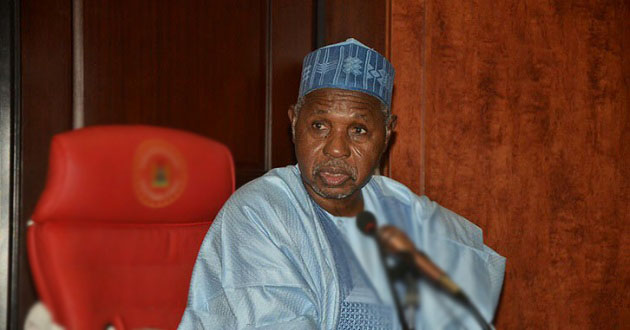 No fewer than 30 kidnapped people have regained their freedom from bandits in Katsina State.

The victims who included 12 children and 18 women were, received by the state governor, Aminu Bello Masari, on Saturday evening.

It was gathered that the victims were from Jibia and Kankara Local Government Areas of the state.

One of the leaders of the repentant bandits who brought the victims said their abductors, who hail from Zurmi in neighbouring Zamfara State, kidnap victims from Katsina State and hide them in Damsadau forest in Zamfara state.

While addressing the returnees, Governor Aminu Masari assured that government would continue to persuade the suspected bandits to release more of the kidnapped victims until there were none in their custody.

“To the glory of Almighty Allah, we have today received thirty (30) more people from captivity in the hands of the Bandits. Eighteen (18) women and Twelve (12) children from Jibia and Kankara LGAs,” Masari said.

Masari, later, handed them over to the Transition Committee Chairmen of Kankara and Jibya local governments for medical check-up and reuniting with their families.

One of the released victim, Zinatu Sani from Kankara LGA, narrated her ordeal, stressing that she was picked from her matrimonial home with two of her children.

She said while they were in the kidnappers’ captivity, the bandits demanded N20 million ransom to secure their release and later reduced to 6 million naira but their families could not afford the money.

Zinatu said for 55 days she spent in the captivity, they were kept and slept in the open space where sun and rain stop on their head.

She said the suspected bandits used to give them raw rice to cook with only water and salt.

Zinatu, however, thanked the Governor for securing their release, adding that they left several others in the kidnappers’ custody who also needs to be released from the Forests.