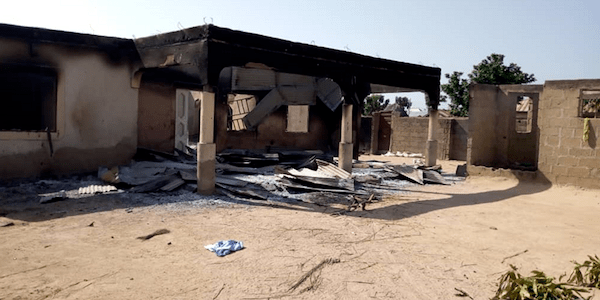 No fewer than 300 houses were set ablaze on Saturday in clashes between the Jukun and the Tiv in Taraba State.

A Tiv activist in the state, Stephen Butu has urged calm, warning against reprisals by the Tiv.

Butu asked the Tiv to support Governor Darius Ishaku in resolving the age-long crisis between the two ethnic groups.

Eyewitnesses said thousands of people have been rendered homeless in the aftermath of the attack.

Terkuma Tsetim, a resident of the affected community, claimed that the attackers numbering 500 wore military uniform.

Hundreds of lives have been lost and property estimated at billions of naira destroyed in the recurring clashes.

It was also learnt that private and public schools, health facilities and places of worships were not spared.

The Federal University, Wukari was recently shut down when the violence spilled to the campus.