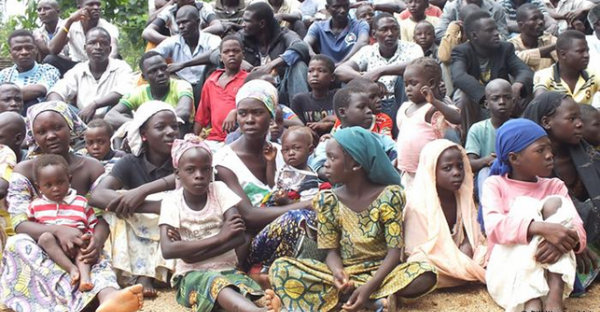 A report by American State Department has revealed that approximately 305,000 Nigerians are refugees in several countries around the world, with over 2.1 million in Internally Displaced Persons (IDP) camps across the country.

The 644-page report released on Monday, with a foreword by the U.S. Secretary of State, Anthony Blinken, also alleged that those it classified as illicit recruiters, including family members, community members and pastors, are increasingly targeting individuals seeking to travel to the Middle East, where wealthy individuals and other actors exploit them in forced labour or commercial sex.

It also stated that Nigerian sex traffickers operate in highly organised criminal webs throughout Europe and are known as the “Nigerian mafia” in Italy, while many former sex trafficking victims referred to as “madams, begin to work for their traffickers in exchange for leaving sex trafficking themselves.”

The report listed Abia, Delta, Ebonyi, Edo, Imo, and Kogi States as common origins for trafficking of victims to West Africa and Europe.

The report added that 80 per cent of women in Spain’s unlicensed brothels are victims of sex trafficking with a larger percentage of them coming from Nigeria, while Nigerian trafficking networks force women and girls into commercial sex around France, threatening their families in Nigeria to maintain control.