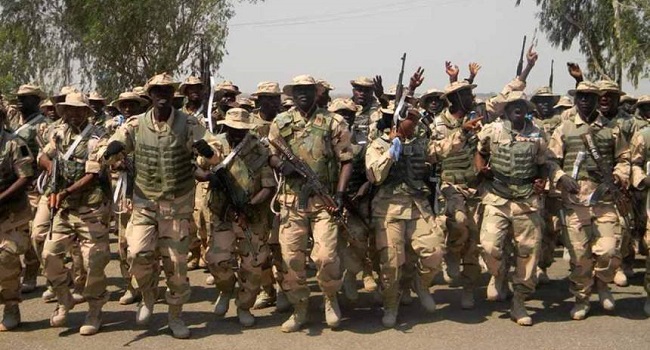 Troops of Operation Hadarin Daji have arrested at least 81 bandits, their collaborators and other criminal elements across the North-West in the last three weeks.

The Acting Director of Defence Media Operations, Brig.-Gen. Bernard Onyeuko, disclosed this on Thursday in Abuja.

He added that 33 kidnap victims were rescued by the troops during the period.

He said the operations were conducted in various locations in Zamfara, Katsina and Sokoto States.

The spokesman said: “15 motorcycles and two AK-47 rifles were recovered; 33 kidnap victims rescued, 66 criminal elements arrested and some vandalised railway sleepers/tracks were recovered within the period.”