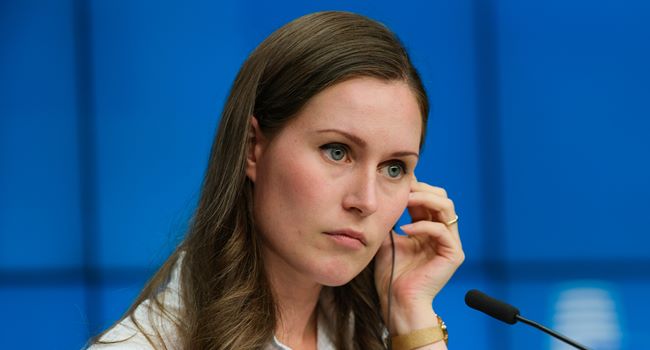 The Transport Minister of Finland, Sanna Marin, 34 is set to become the world’s youngest Prime Minister after she was selected to head a women-led coalition following Antti Rinne’s resignation.

Marin will emerge as the new PM after she was picked by Finland’s left-wing Social Democrats, who lead a five-party coalition government, following the resignation of Rinne who threw in the towel after the Centre Party said it had lost confidence in him following his handling of a postal strike.

“We have a lot of work ahead to rebuild trust,” Marin told reporters after winning a narrow vote among the party leadership.

Antti Lindtman, head of the party’s parliamentary group, was runner up.

“We have a joint government programme which glues the coalition together,” Marin said.

The Trandsport Minister who will become the country’s youngest ever prime minister next week, will head Finland’s women-led coalition, which includes Left Alliance’s Li Anderson, 32; the Green League’s Maria Ohisalo, 34; the Centre Party’s Katri Kulmuni, 32 and Anna-Maja Henriksson, the 55-year-old leader of the Swedish People’s party.