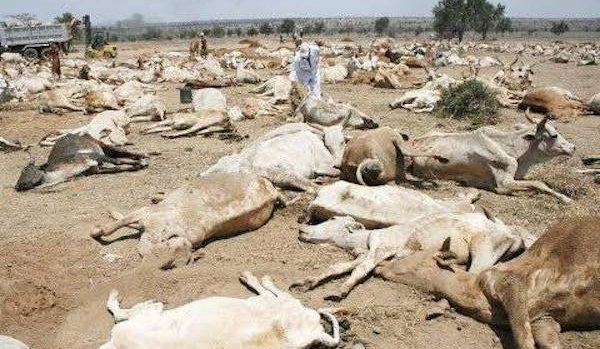 About 36 cows were struck dead by lightening in Ijare area of Idanre, Ifedore local government area of Ondo state.

The cows were said to have been moved by some Fulani herdsmen into the community’s sacred grove on top of Oke Owa mountain.

Chairman of Miyetti Allah in the state, Alhaji Bello Garuba, confirmed the report on Sunday, describing the incident as sad.

He said there was nothing they could do about it because it was an act of God, urging the owner to take heart.

Some members of the community saw the incident as the wrath of their gods on the herdsmen for desecrating the sacred grove which was forbidden in the town.

The state police spokesman, Femi Joseph, confirmed the incident, saying it was an act of God.