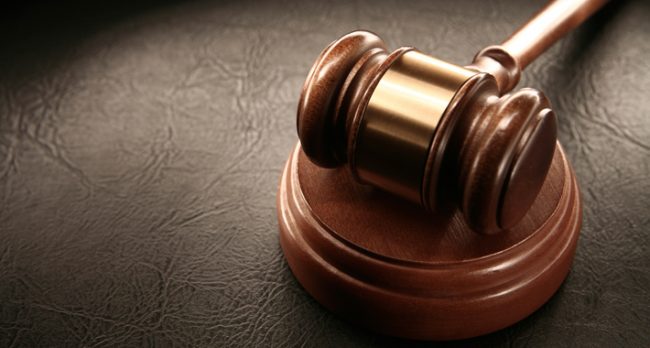 A 38-year-old man identified as Kazeem Lawal has landed his wife Oluwatosin Lawal (33), and his younger brother, Muyideen Lawal (32) who both stood as sureties for him in trouble for running away after he raped a 10-year-old autistic patient identified as Misturat.

Reports say Kazeem was arrested by the police from the Onipanu division after a report was lodged alleging that he raped Misturat in December 2017 after luring her with N50.

The victim was reportedly taken to Mirabel Centre, Lagos State University Teaching Hospital, Ikeja, where tests were conducted on her and while the police awaited the result of the tests, the suspect was granted bail on January 1, 2018 with his wife and brother standing in as sureties.

However, the suspect reportedly fled from his home after results from the test carried out on Mistura showed that he defiled her.

The wife and younger brother of the suspect were both arraigned in the chamber of the magistrate, Mrs. O.G. Oghre.

The charge by the prosecutor read; “That you, Muyideen Lawal of Daodu Lane, Ilogbo, Ebute-Meta, Oyingbo, Lagos, and Oluwatosin Lawal, of the same address, on January 1, 2018, at the Onipanu Police Station, Somolu, Lagos, in the Lagos Magisterial District, did stand sureties for one Kazeem Lawal of 29, Awofeso Street, Somolu, Lagos, who was involved in a case of defilement of a minor, one Misturat (not real name) aged 10 years, and promised to produce him to the police on January 3, 2018, till the case against him is charged to court, which up till now you have failed to discharge your suretyship and for you to show cause why you should not forfeit to the Federal Government of Nigeria the sum of N2m, being the stated amount of bail as sureties in line with Section 132 of the Administration of Criminal Justice Law of Lagos State of Nigeria, 2011.”

The pair however pleaded not guilty to the charges as the magistrate admitted the defendants to bail in the sum of N2m with two sureties in like sum, and adjourned the case till March 5, 2018.