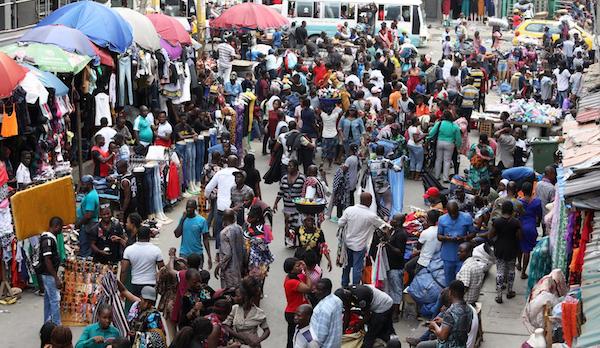 Forty per cent of the Nigerian population lives in poverty, the latest figures released by the National Bureau of Statistics (NBS) Monday revealed.

The report titled, Poverty and Inequality in Nigeria 2019, monitors the social trend in the country from September 2018 to October 2019 and concluded that 40.1 per cent of people in Africa’s biggest economy live below its poverty line of N137, 430 ($381.75) per year.

This translates to 82.9 million people.

Currently Africa’s largest oil producer, Nigeria has helped in wealth creation related to crude oil sales, which provide over half of government’s revenue.

Population growth is not commensurate with economic growth, which is stunted at the best of times.

According to the United Nations, the country’s population will hit 400 million come 2050.

Nigeria was striving to grapple with the adverse effects of the 2016 recession before the COVID-19 pandemic struck.

“In Nigeria 40.1 per cent of total population were classified as poor. In other words, on average 4 out of 10 individuals in Nigeria has real per capita expenditures below 137,430 Naira per year,” the statistics office says.

The NBS says its study does not cover Borno State and two neighbouring states battling Boko Haram insurgency because of safety concerns.

Almost 8 million in these areas require humanitarian assistance according to the UN.

“The 2019 study is accordingly treated as a base study and any comparisons with previous poverty studies should be treated with caution,” says the statistics office.

READ ALSO: CBN, banks agree that no staff would be laid off over COVID-19

The document observes that 52 per cent of dwellers in rural areas live in poverty relative to the 18 per cent in urban centres.

It notes that the poverty levels of Sokoto State in North West Nigeria are the highest in the country.

87.7 per cent of the people in the state live under the poverty line compared to the 4.5 per cent in Lagos, which has the lowest figure.