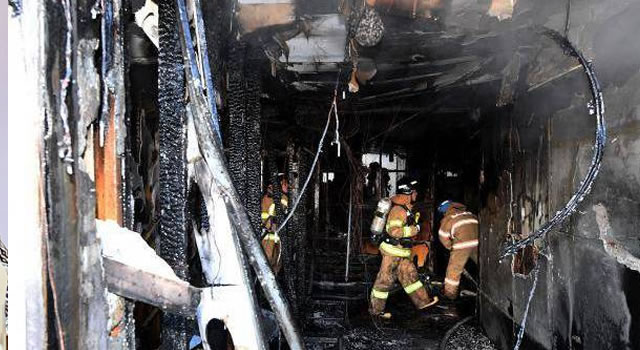 Tragedy struck at a gold mine in Johannesburg, South Africa after an earthquake caused a cave-in claiming the lives of four miners.

Reports say rescuers were able to save 10 other miners after the incident at the Sibanye-Stillwater’s Masakhane mine, located west of Johannesburg.

Read also: Police on the hunt for naked gunman who killed 4, wounded 2 others at a restaurant

According to mine operator Sibanye-Stillwater, six of the rescued employees are in hospital and another has been located, while two employees remain unaccounted for.

South Africa is a leading gold producer, but the industry has often been accused of a poor safety record.

This is the second large-scale incident at mines controlled by Sibanye-Stillwater in recent months.

INDIA: Nigerian man jumps to his death after he was arrested for visa fraud