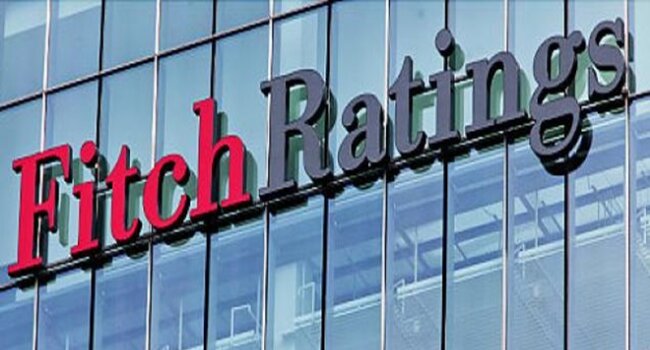 The current economic downturn in Nigeria may fester if it resolves to enforce a 417,000 barrels per day (bpd) oil output cut, in fidelity to the crude production control deal between the Organisation for Petroleum Exporting Countries (OPEC) and its Russia-led allies, global credit assessment agency, Fitch Ratings reported on Monday.

Fitch made the observations in its Nigerian Economic Forecasts, 2020 report, posted on its website on Monday.

Africa’s biggest economy, which relies on petrodollar for nearly 65 per cent of its revenue, is currently at the mercy of a fiscal inadequacy, triggered by a historic oil crash and the outbreak of the coronavirus.

In April, the International Monetary Fund, in its outlook for the Nigerian economy, envisaged that the country’s Gross Domestic Product would contract by 3.4 per cent, setting in motion its first recession in half a decade.

Fitch’s forecast said the oil production cut could cause the economy to shrink further and induce a revenue crunch, further noting that the slowdown could put more strain on external finances.

It foresaw Nigeria’s foreign exchange (forex) reserves would contract by about 66% in twelve months from $38.6 billion in December 2019 to $23.3 billion at the end of 2020. Oil’s contribution to Nigeria’s forex reserves is in the neighbourhood of 90 per cent.

Fitch reckoned that Nigeria’s resort to multilateral credit might resolve short term liquidity crisis even though there was a huge possibility that the economy would face shocks from turbulence in macroeconomic adjustment.

“We assume that Nigeria will comply fully with the production caps under the OPEC+ agreement, and have reduced our forecast oil output to 1.88 million bpd (including condensates) in 2020 and 1.87 million bpd in 2021, compared with our earlier forecast of 2.1 million bpd for both years.

“We have adjusted our GDP forecasts, and now expect Nigeria’s economy to contract by three per cent in 2020, before a recovery to three per cent growth in 2021.

It noted the depletion of the country’s foreign reserves by $5billion between January and April in spite of the modest fall in the key exchange rates of Naira.

“This reflects moves by the CBN to tighten foreign-currency access. This has contained capital outflows temporarily, although the build-up of pent-up foreign-currency demand may increase the risk of a disruptive future exchange-rate adjustment.

“We expect outflows to materialise later in the year, which, alongside a significant current-account deficit and continued CBN resistance to overhauling the exchange-rate framework, will drive a fall in international reserves from $38.6bn at end-2019 to $23.3bn at end-2020.”

Fitch stated that the decline in Nigeria’s exports and remittance inflows implied the current account balance would be negative regardless of steep imports fall.

COVID-19: Trump gives WHO 30 days to make ‘substantive improvements’, else…