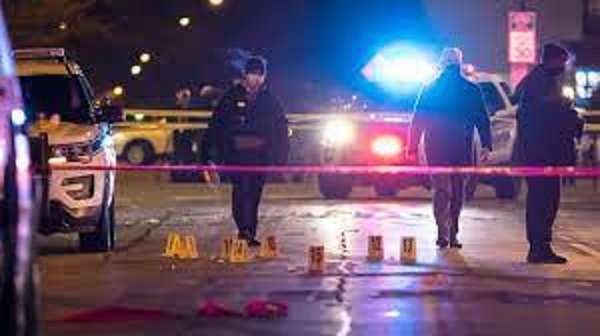 At least 50 people, including a four-year-old boy, and seven other children, were reportedly shot in Labour Day weekend of violence across Chicago, USA.

The Chicago Police Superintendent, David Brown, in a statement on Tuesday, said the four-year-old boy was hit by a stray bullet while he was getting a haircut at his home in Chicago.

“Four-year-old Mychal Moultry was in his home in the Woodlawn neighbourhood on the city’s South Side when a shooting erupted outside the residence around 9pm on Friday.

“The boy succumbed to his injury,” Brown said at a press briefing.

Brown added that the police is still looking for the killer and a $9,000 reward has been announced for anyone with information that could lead to the identification, arrest and prosecution of the person responsible for the child’s death.

“Children in Chicago are getting caught in the crossfire of criminals and their intended targets, both of whom appear not to care if children are in the way.

“I’m not trying to vilify the victim, but these innocent young children should not be the byproduct of your criminal behaviour.

“This is beyond trusting the police. This is about the safety of our babies,” Brown said.

According to a data put together by a US anti-gun violence body, Gun Violence Archive (GVA), the violent Labour Day weekend shootings in Chicago added to a grim toll of at least 280 minors who have been shot this year in the city, with 35 who died.

Giving a breakdown of some of the shootings, Brown added that a 13-year-old boy was shot while inside his home on Saturday in the South Side.

“At least seven other victims in the age group of 12 to 18 were shot in Chicago over the weekend, from Friday to Monday.

“In another shooting on Saturday, a 14-year-old boy and his 11-year-old sister were both wounded at a community event where the siblings were volunteering in the Garfield Park neighbourhood on the city’s West Side.

“A 25-year-old man was also shot four times, including twice in the chest, in the same incident and was taken to Mt Sinai Hospital, where he was treated for non-life-threatening injuries.

“Another 14-year-old boy was hit by a bullet while walking with his father to a car on the city’s West Side.

“On Sunday, another 14-year-old boy was shot in the Little Village neighbourhood in the southeast part of the city. The shooting took place around 3am and he was hit in the thigh and buttocks.

“Two teenagers — a 17-year-old and an 18-year-old — were both shot around 2am on Sunday while they were in a car in the Hyde Park neighbourhood on the South Side travelling home from a party,” Brown said.

German ambassador to China dies few weeks into his posting