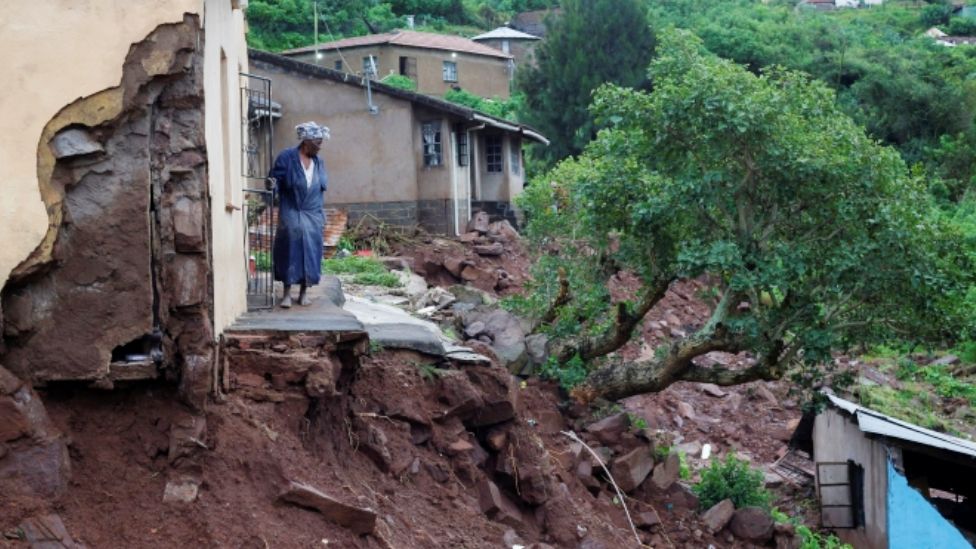 At least 45 people have been confirmed dead with hundreds missing as several homes collapse due to overnight floods caused by heavy rain in the South Africa coastal province of KwaZulu-Natal.

The South African emergency service said in a statement on Tuesday, rescue workers were searching for missing people but the task has been difficult due to destruction of roads by mudslides.

“Some people in the city managed to climb up to their rooftops awaiting rescue, but local media report that only one helicopter was available to lift people away as key roads across the city were shut,” the agency said.

The mayor of eThekwini, an area including Durban and its surrounding towns, Mxolisi Kaunda, in a message of solidarity, apologised to residents who were left stranded after the emergency call centre was overwhelmed overnight.

Kaunda said efforts were underway to restore water and electricity supplies to parts of the city, after most of the city’s electricity power stations were flooded on Monday evening and a number of water treatment plants damaged.

“Residents who fear their homes may collapse should seek shelter in community halls,” the Mayor stated.