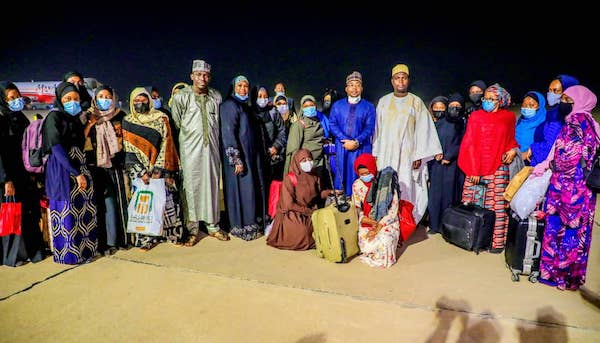 At least 47 Kano female medical doctors in Kano have returned from Sudan after successfully completing their training programme in the North African nation.

The Chief Press Secretary to the governor, Abba Anwar, who disclosed this in a statement on Saturday in Kano, said the doctors left for Sudan in 2014 but encountered challenges in the payment of their fees before the government intervened.

According to him, the state government’s intervention paved the way for the women to complete their medical degree programme in Al-Ahfad, Al-Razi, and Omdurman Universities in Sudan.

He said the doctors arrived at the Malam Aminu Kano International Airport on Friday night.

“Rimingado, who spoke at a reception for the doctors in Kano, said the state government was determined to unearth any alleged sharp practices associated with foreign scholarship programmes in the previous administration in the state.

“Governor Ganduje has vows to purify the process of paying any outstanding fees left behind by the past administration so that taxpayers’ money will not leak again in the name of foreign scholarship.

“That is why the governor directed our office to come into the exercise.

“Parents should know that, out of more than $2 million meant for this exercise, Governor Ganduje’s administration paid over half of the money.