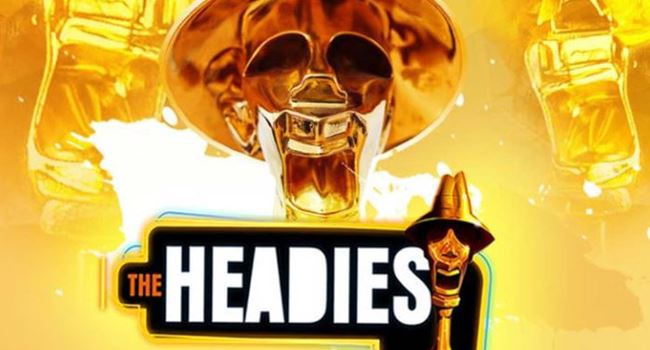 The 2022 Headies Award ceremony has come and gone, we would be discussing five of the most important moments from the historic event.

American entertainer, Anthony Andersen alongside Nigerian actress, Osas Ighodaro served as the hosts of the 2022 Headies Award ceremony on Sunday.

Eleven years after Wizkid delivered his first success at the Headies award under the tutelage of Nigerian music icon, Banky W, he has gone on to become the most decorated musician in the history of the award show amassing twenty plaques to his name as of today, Monday, September 5, 2022.

Despite the initially negative reaction from cynics after it was announced that the award ceremony would take place outside of Nigeria, the event received applause from Nigerians and other international viewers who recognized the growth and impressive development of the award organizers.

Headies is renowned as the award ceremony designed to not only celebrate the excellence of Nigerian creatives and musicians, the award was also established to help kickstart the career of flegedling artistes. Singers such as Wizkid, Davido, Omah Lay, to name a few who emerged as “Next Rated Artist” a few years ago have gone on to achieve international recognition.

Though the 2022 Headies Award wasn’t perfect, the vision and intention of the award organizers is commendable.

What did they do wrong and what was right, let’s analyse five moments from the show that was either a hit or miss.

Anthony Andersen fails to relate with the Nigerian audience

Anthony Andersen, an award winning American actor and movie producer co-hosted the award ceremony alongside Nigerian actress, Osas Ighodaro. Despite being a prolific entertainer, he failed to resonate with his audience who were predominantly from Nigeria and other African countries, including Ghana and South Africa.

While personnel such as Bovi, M.I Abaga, to name a few have hosted the show in previous years, Nigerians think Anthony Andersen was a wrong choice. During his presentation, Andersen made some remarks that would be perceived as condescending and would be seen as disrespectful by both the artistes and the Afrobeat lovers.

For instance, Andersen asked, “who is Adekunle Gold?”

Yikes, that could have been handled better.

Understandably, Andersen is American, hence, he wouldn’t be expected to know much about Afrobeat, African values and culture, albeit, a little bit of research wouldn’t have seen him ask certain questions such as the one above.

Without ‘staining Andersen’s white’, South African comedian Trevor Noah would’ve been a better option to host the award show. Noah is of African descent, also, he is more hilarious than Andersen and has interviewed several Nigerian musicians such as Burna Boy in the past.

Additionally, Andersen failed to connect with his co-host, Osas Ighodaro throughout the night. They failed to sync and reach a common ground especially when Osas was trying to promote absent musicians, however, Andersen was incessant on making some derogatory jokes.

The Headies award organizers should do a better job in the coming year. Andersen totally missed it this year.

Here is what Nigerians have to say about Andersen’s performance on stage.

How you go carry American wa nor know anything about the afrobeat alongside osas to host your self acclaim prestigious award. When you have people like bovi, Basketmouth and ik. Mtcheeeew always looking for western validation by all means.#headiesaward2022

These are just a few of 400,000 Nigerian Males who could host ahead of Anthony Anderson.

They are not dead!!
The synergy between Osas and Anderson is a beautiful thing NOT to see.#headiesaward2022 pic.twitter.com/ehkdDLHW0z

We have an outstanding and funny host like Bovi and you’re letting this dry brudda host with Osas?? God will judge you Headies.

Walahi Bovi or Basketmouth would have done a better job than this guy. Not that he’s not good but he’s finding it hard to connect with the audience.

This host just dey insult Nigerians and Africans, make them collect refund give us Bovi or Denrele #headiesaward2022 pic.twitter.com/WkOlNK6r1t

Grammy award can never be organized in Nigeria or having the likes of Bovi etc as hosts. Africans haven't mentally emancipated from the western slavery. That #headiesaward2022 was organized outside Nija, hosted by Anderson is a gesticulation of opprobrium, ignominy & abasement.

just like saying bovi is cracking Naija jokes to US citizens,they might not laugh because they don't understand the type of our jokes not that he is not funny,every comedian knows what can make there citizens to laugh dats just the situation Anthony is in now #headiesaward2022

When no be say dem no give Bovi visa.

This Anthony Anderson and Osas Ighobaro combo is pure Nonsense.

Anthony is forcing it and the energy between them is dead, this is the most boring, unprepared and unrehearsed show I’ve ever seen, somebody should take away Anthony’s mic fgs🤦🏾‍♂️🤦🏾‍♂️

How you go carry American wa nor know anything about the afrobeat alongside osas to host your self acclaim prestigious award. When you have people like bovi, Basketmouth and ik. Mtcheeeew always looking for western validation by all means.#headiesaward2022

Wizkid failed to show up at the event, same with Grammy award winner Burna Boy alongside several others.

This is despite the event taking place in the United States of America.

The co-host for the night, Andersen called out the names of notable musicians who were at the event. This particularly disappointing segment forced Andersen’s partner for the night, Osas Ighodaro to forcefully drag down the microphone from his hands to avoid further embarrassment.

Watch the heartwrenching segment below.

Osas dey try comot mic from her partner mouth as he dey diss Headies for promising him that Ckay, Wiz, black Sheriff and other top artist were going to be around 😂😂😂😂😂😂#The15thHeadies pic.twitter.com/QTUPePDN1m

As stated earlier, Andersen could have done a better job as the host of the show. However, Nigerian celebrities need to do a better job of respecting the values that Headies represent.

Buju has the last laugh in rivalry with Ruger

On Sunday, Daniel Benson who is better known as Buju (or BNXN) emerged as the winner of the “Next Rated Artiste” category. He gained a massive point ahead of his archrival and social media boxing partner, Ruger, at the award.

The rivalry between Buju and Ruger has been well documented by Ripples Nigeria.

Buju emerged as the winner after beating the likes of Ayra Starr, Zinoleesky, Lojay and Ruger.

With the award, Buju goes home with the 2022 Bentley Bentayga.

Buju is a Nigerian singer also known as Bujutoyourears or BNXN (pronounced Benson). Buju is an acronym for ‘Beauty Underneath Just Understood’.

Tems continues rise to the top

Grammy award nominee, Tems whose real name is Temilade Openiyi bagged five awards at the award ceremony on Sunday. She has continued to experience a meteoric rise to the top.

It is interesting to note that one year ago, Tems was yet to win any official award to her name, as a matter of fact, she failed to win any category at the 2021 Headies Award. Twelve months later, she is one of the most decorated modern day musicians in Afrobeat history.

After receiving three awards for her collaboration with Wizkid on the sensational single, ‘Essence’, Tems won the Best R&B Album for her 2021 EP, ‘If Orange Was A Place’ and Female Artist of the Year at the 2022 Headies Awards.

In 2022 alone, she has worked with international superstars such as Drake, Future and Beyonce.

The inclusion of international categories

There is a purpose for the inclusion of international categories and recognition of creatives from across Africa and the rest of the world.

The aim and objective is to help solidify the status of Headies as an international brand and gradually rank among the echelon of top award shows in the world, although this might take a while, but with the ideal strategy and a transparency of the academy, it could go on to become the biggest musical award show in Africa, possibly surpassing Africa’s MTV Music Video Awards.

With the intense contribution of Nigerian creatives in the entertainment sector, it is only ideal for Headies Academy to set themselves apart as the biggest award and embody themselves as the true rewarder of musicians, producers and investors from various sectors.

The Nigerian music industry is one of the biggest exports from the country, the talents, their skillset, workmanship and marketable product has put the scene on a global scale.

Hence, it is safe to say Nigeria is the business unit for nurturing talents and taking them to the next level. Artistes such as Gyakie, Black Sheriff (both from Ghana) are enjoying fascinating success here in Nigeria for affiliating themselves with the Nigerian populace and it’s talents.

Of course, the 2022 Headies Award ceremony wasn’t perfect and there is always room for improvement, but the organizers of the award show have come a long way and should be applauded for recognizing the talents and rewarding the work ethics of creatives.

Related Topics:headies award
Up Next

Wizkid becomes most decorated artiste in the history of Headies Award