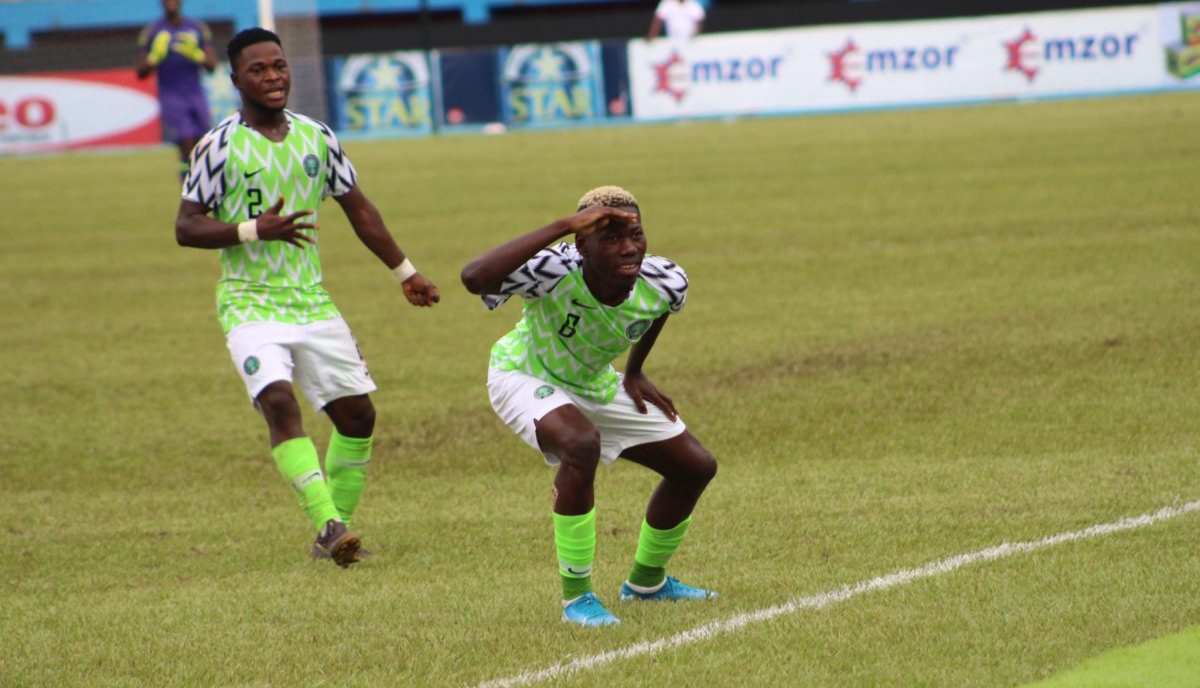 Nigeria’s dream team thrashed their Sudanese counterparts in the second leg of their U-23 Africa Cup of Nations (AFCON) qualifiers in Asaba on Tuesday.

Having lost 1-0 at Omdurman in the first leg last Thursday, the Olympic Eagles put up a superb performance in the reverse fixture to seal a 5-1 aggregate win.

A goal by Taiwo Awoniyi and a brace by Ndifreke Effiong secured a 3-0 halftime lead for Nigeria at the Stephen Keshi International Stadium.

The rain of goals did not stop in the second half, as Sunday Faleye and Sunusi Ibrahim added two more to seal a thumping victory for the Imama Amapakabo side.

With the win, Nigeria sealed their place in the continental competition to be hosted in Egypt later this year.

The 2019 CAF U-23 Africa Cup of Nations is slated for Cairo, Egypt, in November.

Super Eagles held to draw by Ukraine in Dnipro friendly