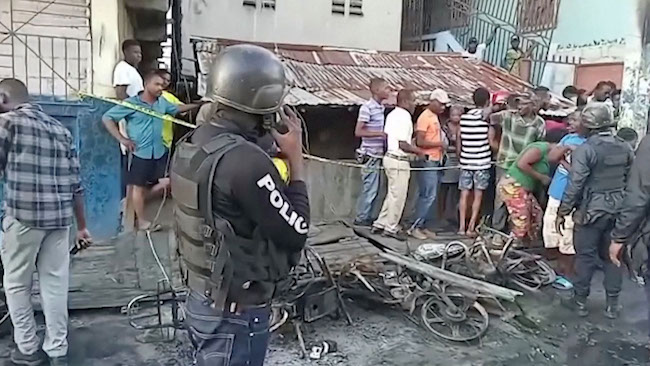 More than 50 people were confirmed dead and several others injured after a fuel tanker exploded in the northern Haitian city of Cap-Haitien on Tuesday.

Reports said the explosion occurred when residents of the rural community were scooping fuel from the tanker which spilled its content after an accident in the area.

The Haitian Prime Minister, Ariel Henry, who addressed the nation later in the day, said the entire Caribbean nation was grieving after the accident.

He had since declared three days of mourning in the country.

He said: “I learnt, with desolation and emotion, the sad news of the explosion last night in Cap-Haïtien.”

Medical officials said local hospitals had been overwhelmed by those injured in the blast with many expecting the death toll to rise in the coming days.