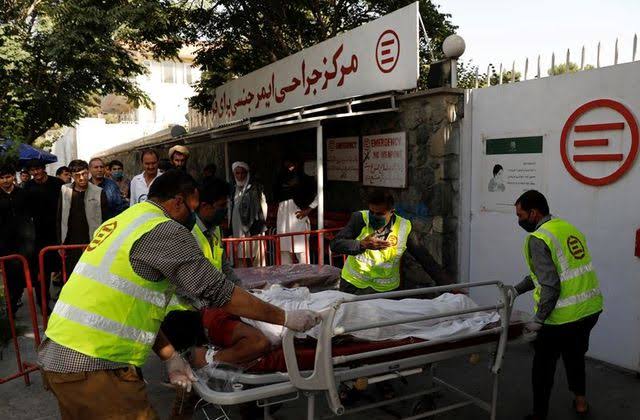 Fifty people, mostly students, have been killed while 100 were injured in multiple explosions close to a secondary school in the Afghanistan capital, Kabul, officials have reported.

The explosions took place late on Saturday as students were leaving the building, with pictures on social media showing abandoned school bags in the street.

Most of the victims were girls of a government-run school in the Dasht-e-Barchi, an area often hit by Sunni Islamist militants, a Ministry of Education spokeswoman, Najiba Arian, said, adding that so far, no one has claimed carrying out the attack which.

Read also: Al-Qaeda promises US ‘war on all fronts’ if Biden pulls troops out of Afghanistan

While Afghan government officials have blamed Taliban militants for the attack, the group has denied any involvement in the explosions which are believed to have been caused by a car bomb and two improvised explosive devices planted in the area.

The blasts came against a backdrop of rising violence as the United States have begun the withdrawal of all its troops from Afghanistan to mark the 20th anniversary of the September 11 attacks, also called 9/11 attacks, when a series of airline hijackings and suicide attacks committed by 19 militants associated with the Islamic extremist group al-Qaeda against
targeted US.

The attack which was the deadliest terrorist on American soil, claimed the lives of over 3,000 people, with 2,750 killed in New York, 184 at the Pentagon, and 40 in Pennsylvania where one of the hijacked planes crashed after the passengers attempted to retake the plane.

Related Topics:Afghanistanbomb blast
Up Next

French journalist kidnapped in Mali cries for help in video