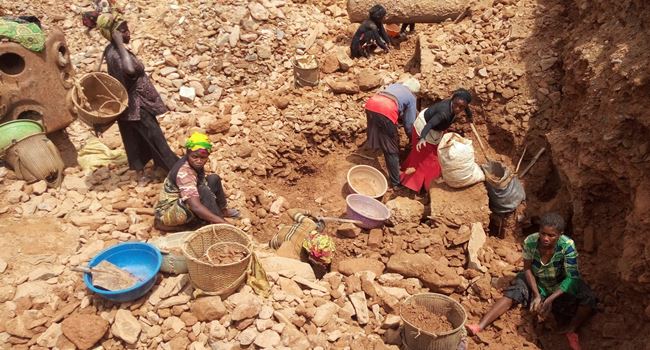 Local authorities in the Democratic Republic of Congo on Saturday confirmed the death of no fewer than 50 victims during the collapse of a goldmine near Kamituga town, in the eastern part of the country.

Reports say most of the victims confirmed dead are young people, who were trapped in the rubble after the goldmine caved in on Friday amid torrential rainfall.

Rescuers who are digging through rubble have continued efforts in a bid to recover bodies from the rubble with local authorities.

The local governor of South Kivu province, Theo Kasi, said he was saddened by “the tragic deaths of 50 people, most of them young”.

However, the mayor of Kamituga, Alexandre Bundya, said, “we are not yet sure of the exact number” of those killed,” he said.

Related Topics:DR CongoGoldmine collapse
Up Next

Osaka says self-reflection during quarantine helped her win US Open

You can criticize but not insult clerics, Apostle Suleiman tells Daddy Freeze