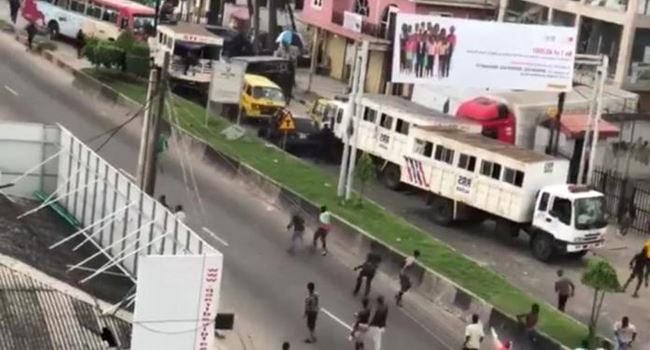 No fewer than 58 inmates have reportedly escaped from the National Correctional Centre, Okitipupa, the headquarters of Okitipupa Local Government Area of Ondo State on Thursday.

The inmates escaped from the facility after hoodlums attacked it, forcefully releasing them.

According to reports, the hoodlums, who were armed with dangerous weapons, forced their way into the prison, destroying properties, which included a vehicle during the attack.

Confirming the development, the Public Relations Officer of the Ondo State Command of the Nigeria Correctional Service (NCS), Barr. Ogundare Babatunde, said attempts are being made to bring the situation under control.

Related Topics:OkitipupaOndo prison
Up Next