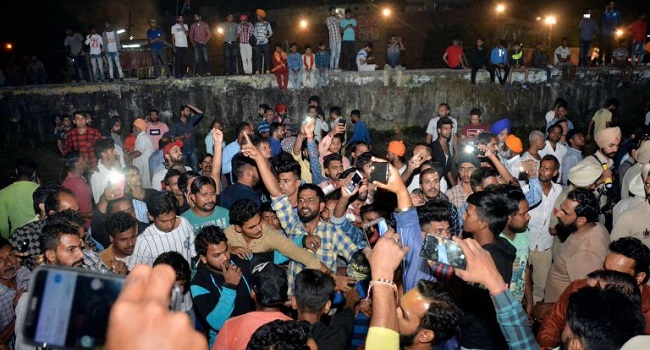 Tragedy struck on the outskirts of Amritsar city, Punjab state, of northern India when a train ran into a crowd.

Reports say the incident happened as hundreds of people gathered near a railway on the edge of Amritsar to watch fireworks when the train ran into the crowd.

Emergency officials were still trying to ascertain the extent of the disaster, he said.

A witness who declined to be named said the train did not even sound its whistle as it sped past the site, where hundreds were watching the burning of an effigy of demon Ravana during the Hindu festival of Dussehra.

“Why did authorities allow the fireworks display so close to the railroad track?” he asked, telling the Republic television channel that he lost two brothers.